Jim Thomas makes you simultaneously want to be a better person and feel bad about yourself. On the two days I interviewed him he walked up the four flights of stairs to my office after finishing his round of Meals on Wheels deliveries and he apologized for being a few minutes late. He introduced himself as “I’m older than I look.”

“I retired 18 years ago, but continue to work and represent Utah State University in various countries,” Thomas said at the 2019 College of Agriculture and Applied Science Awards Banquet. “I became and Aggie 65 years ago, and in 1954 tuition was $30 a quarter. I could not have asked for a more rewarding and enjoyable career.”

The career that has taken him all over the world started in Canada. Thomas was raised on a small irrigated farm and attended grades 1-12 at the Glenwood High School, where he was student body president for the 1953-54 school year. He graduated second in a class of seven.

James attended Utah State University for two years before serving a mission for the Church of Jesus Christ of Latter-day Saints in South Africa. After his mission, James married Marilyn Rae Card and returned to Logan to again attend USU where he earned bachelor’s and master’s degrees. He completed a doctoral degree at the University of Alberta.

“I graduated in 1961 with bachelor’s of science in agricultural education,” Thomas recalls. “Then in 1963, I finished a master’s in crop production. In 1969, I joined the USU faculty. I was hired on one condition: that I would to go to Bolivia. That was the start of my international career.” 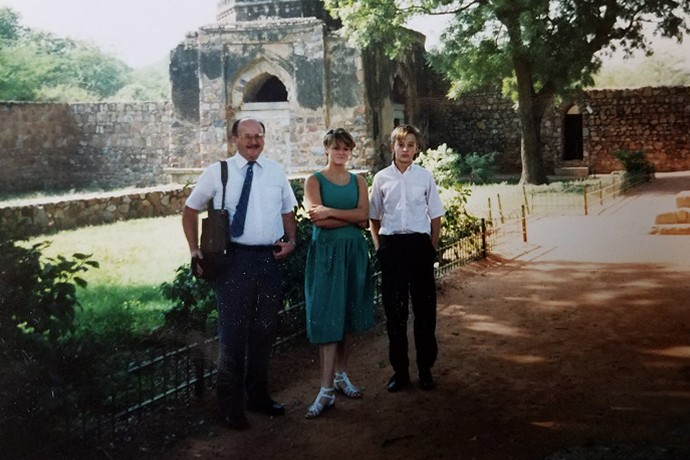 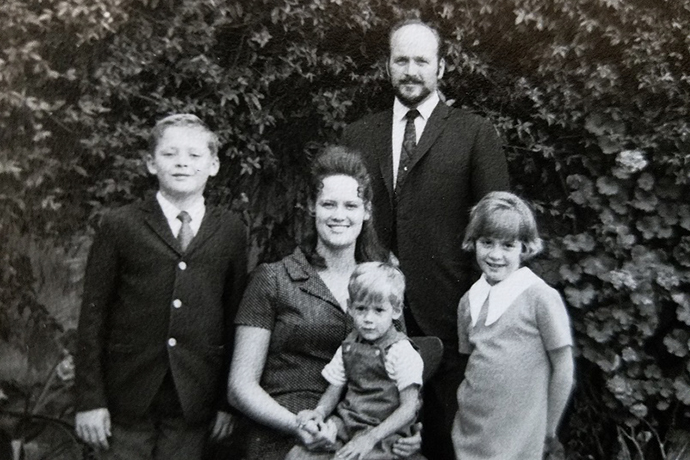 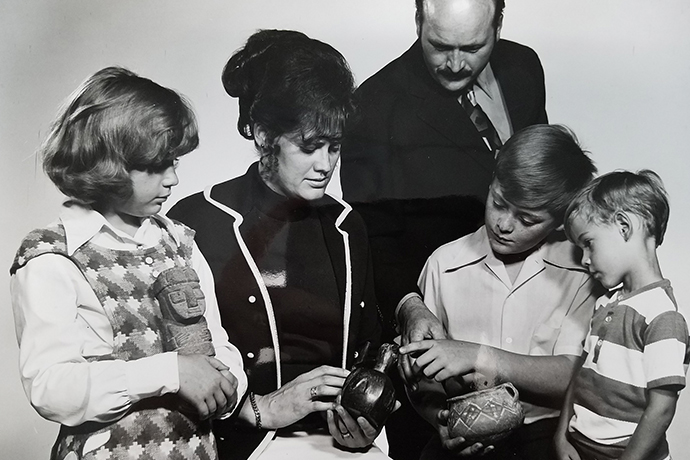 “I couldn’t have done it without Marilyn, who was ready to be out the door whenever there was a new opportunity. She took care of five children and loved all the international activities,” Thomas said. “Our children were baptized in five different countries.”

In most of these assignments, Thomas said he served the people of each country by helping them increase their food supply. He did this through teaching and helping them develop and adopt agricultural practices that greatly increased the quality and quantity of the food they grew.

“Not everyone appreciates how long USU has been involved in international work,” he said. “As early as 1910, then President John Widtsoe, was sending faculty to Iran and bringing students here. In my travels I have found that USU is well known and books written by our faculty appear in libraries around the world.”

On other assignments, his service was administrative. For example, in the West Bank–as senior advisor to the university president–he helped develop the Arab American University of Jenin, a technical university for the Palestinian people which was constructed in 2000 and currently has 6,500 students.

“That assignment in Palestine is one I’m especially proud of,” Thomas said. “The university is still thriving and more than half the students there are women; think about that…in a predominantly Muslim country.”

During the times he was on the USU campus, Thomas served as USU director of international programs, and associate dean of agriculture. He was honored as the College of Agriculture Professor of the Year in 2002, the same year he retired from USU. After retiring, James could not be kept from international service. He and Marilyn served a proselyting mission for the Church of Jesus Christ of Latter-day Saints in the Puerto Rico San Juan Mission. They also served a technical mission for Latter-day Saint Charities, evaluating humanitarian programs in Cambodia, Croatia, Serbia, Bosnia, Herzegovina, Kosovo, and Montenegro.

“My family have been Aggies a long time,” Thomas said. “I have two brothers, four children, my wife Marilyn, two grandchildren, and two sons-in-law who have earned degrees at USU.”