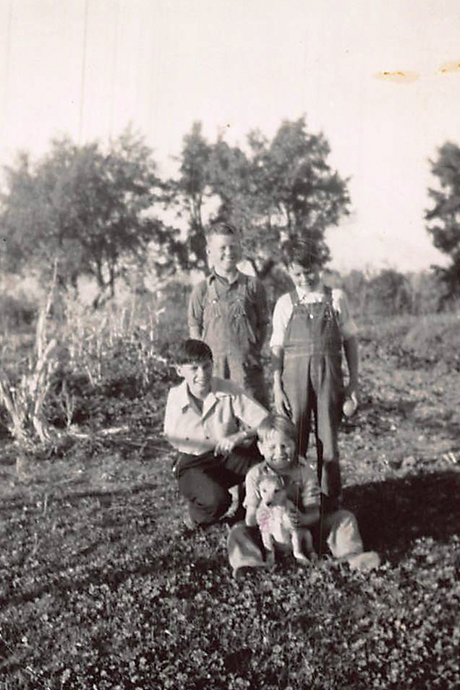 Eleven is an awkward age for most boys. For Phillip Lundell it was the age he lost his right arm and right lung in a hunting accident. He was close to death in a hospital for nearly a year; then came the hard part.

“My father was right-handed so he had to learn how to do everything not only with one arm, but left-handed,” said his daughter Andrea Powell. “Equally hard for my grandparents was intentionally not helping him too much. They knew that if he was going to learn to be independent, they couldn’t keep stepping in to help him.”Eleven is an awkward age for most boys. For Phillip Lundell it was the age he lost his right arm and right lung in a hunting accident. He was close to death in a hospital for nearly a year; then came the hard part.

Most of his shoulder was also lost in the accident so there was no chance of a prosthetic arm then or in the future, Powell explains. He kept working on the family farm and learned to use a shovel, hammer and all the other tools of farming with his left arm.  Farming was his side job while working for the Utah Department of Transportation (UDOT). He knew he couldn’t support a family and have medical benefits being a farmer. Though he had no formal engineering training, he observed processes and figured out how things worked.

“’Figure it out and get it done’ became his mantra,” Powell said. “He went on to a 40-year career as a project engineer with UDOT. If you drive on Utah I-15, you have driven many stretches of highway he helped build. The memorable stretches for me are Point of the Mountain and the section near Nephi. Longtime Utah residents might remember the area was once referred to as the ‘Nephi Death Strip’ because it was the last dangerous stretch of two-lane highway connecting the north and south parts of the interstate.”

To honor their tough, determined father who passed away at age 68, the Powells recently made a donation to start the Phillip and Janice Lundell Scholarship. “We appreciate farmers because farming is a pure act of faith,” Powell said in her remarks at the 2019 College of Agriculture and Applied Sciences Awards and Honors Banquet. “You put seeds in ground or care for a newborn animal hoping for a successful outcome. You are at the mercy of weather, the marketplace, and just plain luck.” 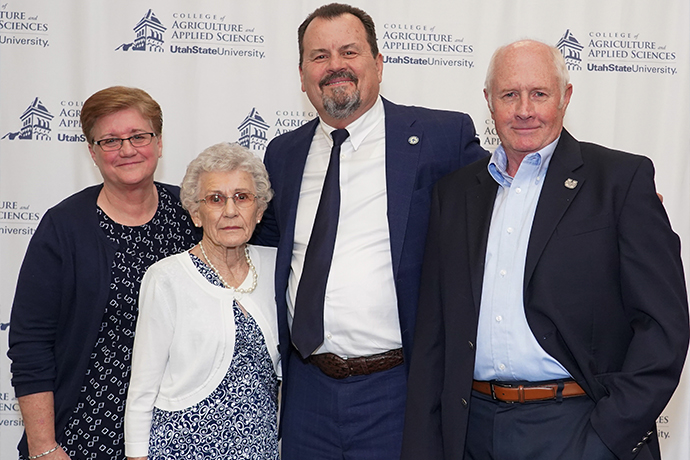 Likewise, the Gary D. Powell Track and Cross Country Scholarship was a donation designed to reward struggle and determination. “Our track and cross country scholarship qualifications are also specifically written to help returning students,” she said. “We want to help students who are coming back after time away from school to have children, work, serve a church mission, or give military service. We specifically chose cross country because my husband Gary ran cross country and knew how much discipline it took.”

The Lundell property where Phillip was born is still a working farm in Benjamin in south Utah County. It was designated a Utah Century Farm in 1996 by the Utah Farm Bureau and Utah Department of Agriculture and Food, and is still worked by Powell’s brother, Neil Lundell. Her mother, Janice Lundell, lives in Payson and at age 88 still mows her own lawn and volunteers at Mountain View Hospital where she has logged 10,000 volunteer hours.

Powell left guests at the CAAS banquet with a challenge. “If you want to remember my father, I challenge you to go home and try to tie your shoe with one hand.”