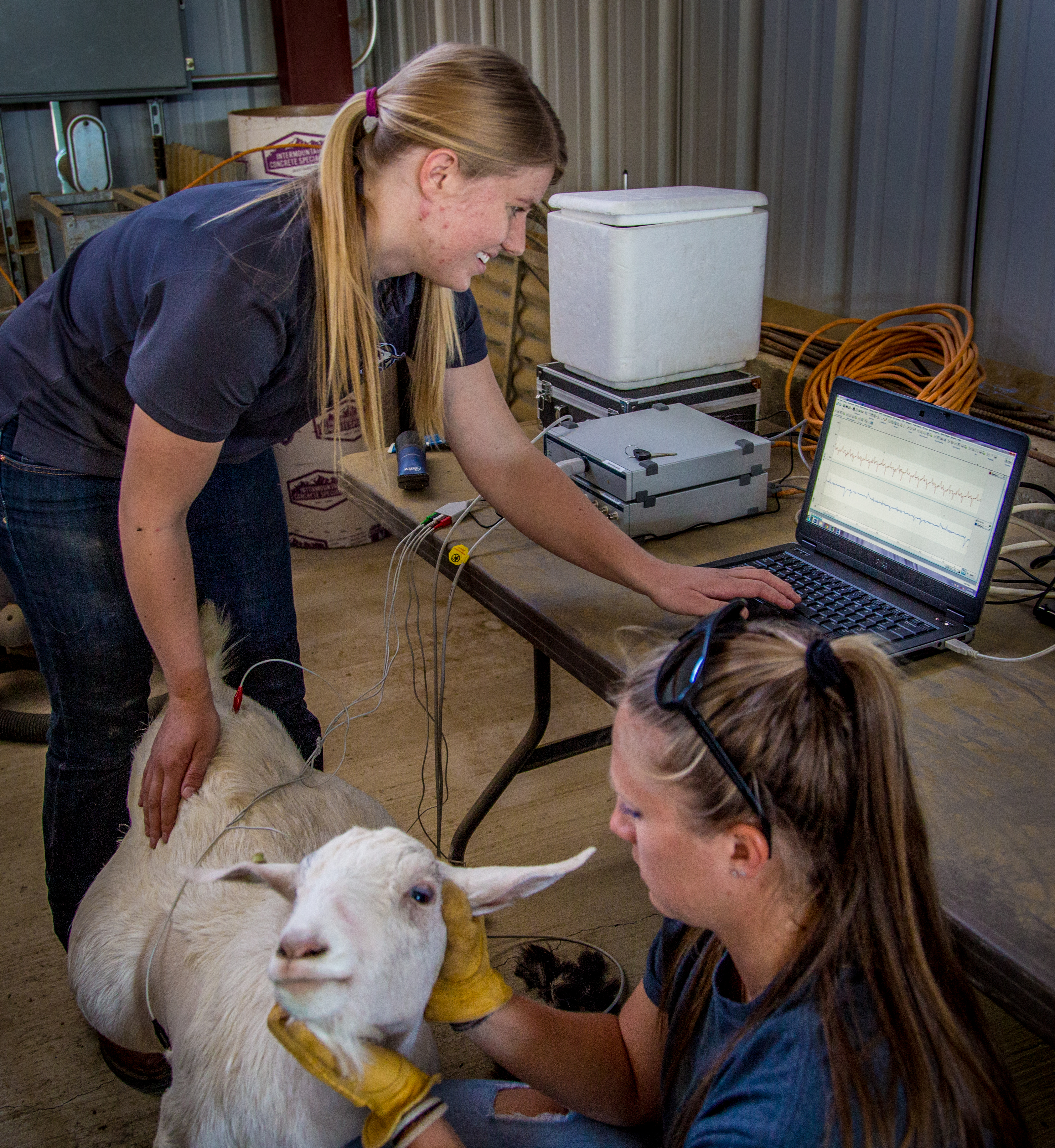 Scientists from Utah State University and the University of Utah have developed a new animal model to better understand atrial fibrillation, the most common type of heart arrhythmia.

Irina Polejaeva in USU’s College of Agriculture and Applied Sciences, and Ravi Ranjan, from the U of U School of Medicine, lead a team of researchers that have created the first transgenic goat model for atrial fibrillation. Their findings were published in the Journal of Cardiovascular Electrophysiology.

According to Polejaeva, associate professor in USU’s Department of Animal, Dairy and Veterinary Sciences, there are two types of models typically used in cardiology research: transgenic mouse models commonly used to understand gene function, and large animal models including pigs, goats and dogs that are not genetically modified.

“What we’ve done is combine these two approaches,” Polejaeva said. “We produced a transgenic large animal model, which makes several conditions much more reproducible because it is similar to a human-sized heart.”

Now the researchers are studying the relationship between atrial fibrillation and cardiac fibrosis, the formation of excess fibrous connective tissue in the heart that lowers its functionality. This condition is commonly associated with atrial fibrillation, though the exact relationship is unclear. The transgenic goats have more fibrous heart tissue in comparison to typical goats.

Polejaeva said with atrial fibrillation affecting upwards of 2.7 million adults in America, causing an irregular, rapid heartbeat, fainting, chest pain, stroke, heart failure and other serious health problems, there was a need for a more effective way to study these heart conditions.

“This goat model, that closely and uniquely resembles the human disease, provides a unique platform to study and gain a mechanistic understanding of how fibrosis makes these hearts more susceptible to atrial fibrillation,” said Ranjan, doctor and associate professor in the Division of Cardiovascular Medicine and clinical electro physiologist at the U of U.

According to Ranjan, this model will play a key role in developing new drugs, examining device-related treatments, and identifying the best timing and duration of preventative treatments.