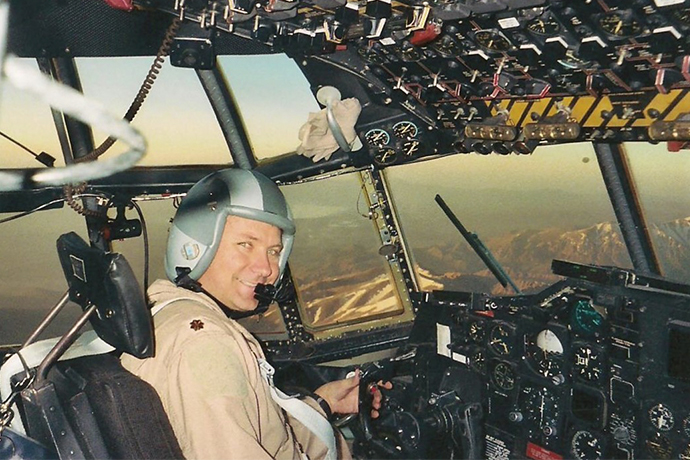 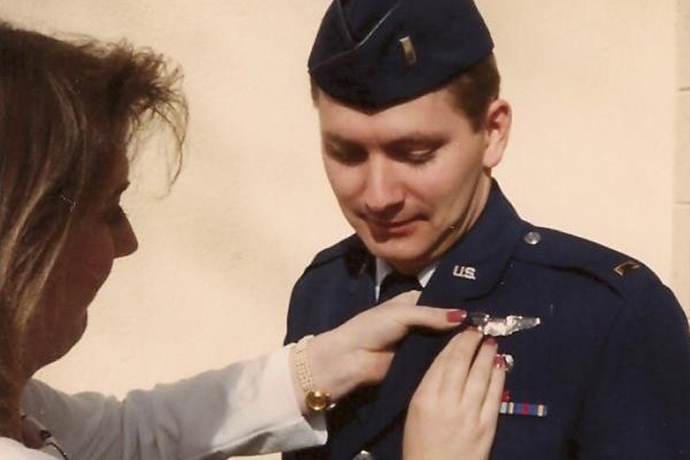 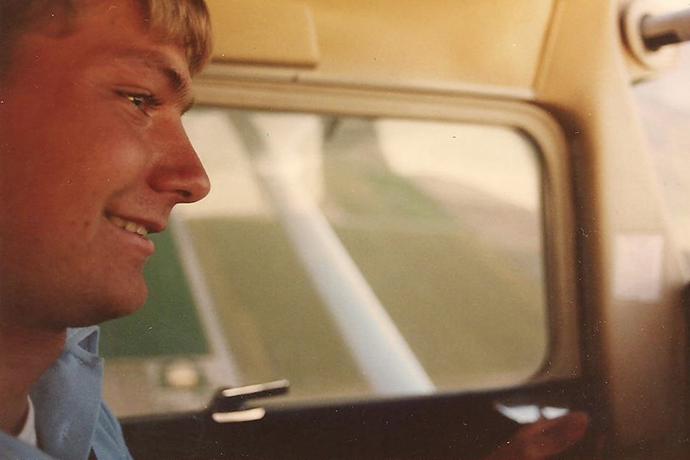 I remember lying on the cool grass on a warm summer day as a child watching billowy clouds drifting by and birds soaring high in the sky. Airplanes with the big red “W” on the tails were on their way to landing at the Salt Lake City International Airport, and to me were Wesemann Airlines, not Western Airlines. I dreamt of becoming a pilot someday, but didn’t know how that would ever be a reality for me.  In 1981, I joined Civil Air Patrol and found my path to flying, where I received a flight scholarship and soloed an aircraft for the first time in 1985.  After graduating from the United States Air Force Academy, I achieved my dream and earned my silver Air Force wings in 1993, having flown for over 2,800 hours over five continents around the globe.  After my military retirement, I was hired to direct Utah State University’s professional pilot program, where I now help the next generation of aviation professionals achieve their dreams.

Many people do not know we have an aviation program at USU, or that the program has been at USU since 1939. Starting as part of the Civilian Pilot Training Act of 1939, USU began teaching pilots and aviation mechanics in preparation for service in the U.S. Army Air Corps. As part of the land-grant mission, USU professors traveled around the state, and in 1968 started flying to deliver courses to remote areas. Many emeritus and current professors were part of our “Flying Faculty” before the program ended in 1995.

The aviation maintenance program offers the full Airframe and Powerplant (A&P) certification, and operates the only engine test cells on a university campus in the nation. This unique engine lab is used by the College of Engineering, industry partners, and even NASA to test engine designs and batteries for thermal runaway (when a temperature increase causes a change that creates more heat, often with destructive results). In 2006, USU purchased its current fleet of Diamond Aircraft, and student pilot numbers have grown by 50 percent in the past 3 years. With the addition of the helicopter program in 2017, USU Aviation Technology now has 28 aircraft, including a TBM-700 for a turbine transition course. New to the program in 2018, is a state-of-the-art CRJ-700 flight simulator, with 200 degree wrap-around 4K visuals to prepare our students for careers in the aviation industry.

The aviation program is now flying higher, with a new Master of Aviation Science degree, providing a path to advanced education wherever aviation professionals live and work, with a 100 percent online degree in aviation safety. The newest program in aviation technology is Unmanned Aerial Systems (UAS), or the more commonly used term, drones. This new minor is designed for students in landscape architecture, natural resources, plants, soils and climate, business or any student interested in becoming a certified FAA Remote Pilot.  Having worked with the large scale UAS in the Air Force, I know this emerging field will have exponential growth in the next decade. Over 100 students enrolled in UAS courses in its first year.

Aviation is in my soul, and I often say I have never worked a day in my life because I have the best paying hobby in the world. Although I am not primarily an instructor pilot at this time in my career, seeing our students solo, earn their certifications, and land jobs in their profession, is almost as satisfying. Helping young people fly for the first time brings me back to my childhood. For me, it was love at first flight!