Little about John Andreas Widtsoe’s early years makes it seem likely he would grow up to have an impact on people around the world–and especially on Utah State University–yet he did. Now a statue of Widtsoe stands in Frøya, Norway, where his remarkable life began, in the hope it will inspire others to aspire to careers in science and discoveries that could change lives.

Widtsoe was just 5 years old when his father died, leaving his mother, Anna, to care for him and his younger brother on her own. She immigrated with her young sons to Utah in 1883 when John was just 11. He graduated from the Brigham Young Academy in Logan and went on to graduate with honors in chemistry from Harvard University and then to earn a Ph.D. at the University of Gӧtteingen in Germany.

He returned to Logan in 1900 as director of the Utah Agricultural Experiment Station, an important milestone in the foundation of research at Utah State University. His work as a chemist focused on agriculture, and especially on the challenges of managing soil, water and crops in dryland farming in arid and semi-arid regions. Though he had the mind of a scientist, he was determined that new knowledge about agriculture had to be communicated to farmers, and he founded The Deseret Farmer, a magazine designed for farmers rather than other scientists.

After a few years away from the Utah State Agricultural College (USAC), teaching at Brigham Young University where he had substantial impact on the school’s biology and agriculture programs, Widtsoe returned to Logan as the president of the USAC. Even while serving as president, Widtsoe’s inquisitive mind kept working at research and writing and he authored one of the 29 books he would write in his lifetime. Dry Farming: A System of Agriculture for Countries Under Low Rainfall (1911) and The Principles of Irrigation Practice, which he wrote in 1920 while serving as president of the University of Utah, are still available in print and are referenced in agronomy textbooks to this day.

During his 9-year tenure as president of the USAC, he remained passionate about his commitment to get information directly to farmers, and created the college’s “Extension Division” within the experiment station, long before the U.S. Congress passed legislation that created the Cooperative Extension Service. He left academia, after having profound influences on the course of Utah’s three major universities, when he was named a member of the LDS church’s Quorum of the Twelve Apostles.

USU Emeritus Professor Charles Gay wrote of Widtsoe, “Those of us privileged to have traveled around the world observing and assisting in arid land agricultural production have seen John Widtsoe’s impact on humanity. With more than two-thirds of the earth’s surface located in semi-arid to arid zones, his work feeds the world.”

In June, a 3-day event to celebrate Widtsoe’s contributions to people around the world was hosted by the Historical Society of Frøya on the island where he was born. The statue of Widtsoe, created by Utah sculptor Dennis Smith, was unveiled in a ceremony attended by American and Norwegian government and education leaders, many of Widtsoe’s descendants, representatives of the LDS Church and local residents.

The statue, a gift from the Frøya Historical Society to the county council, depicts Widtsoe as a young chemist at work in the lab. Local leaders hope learning more about Widtsoe will inspire Norwegian youth to pursue higher education. Part of the celebration included discussions with administrators from USU, the U of U and BYU about establishing a student exchange program and a John A. Widtsoe scholarship program.

Ken White, who serves as dean of the College of Agriculture and Applied Sciences and as the current director of the Utah Agricultural Experiment Station and vice president of USU Extension, represented USU at the event. White said he is frequently mindful of the fact that he occupies a position Widtsoe once held.

“He was a remarkable man whose work still has an impact on people all over the world,” White said. “I think about all John Widtsoe did in his lifetime and wonder what he would think about the experiment station and university now. And I ask myself whether the things I do as a scientist and administrator will have the kind of positive impact he had.” 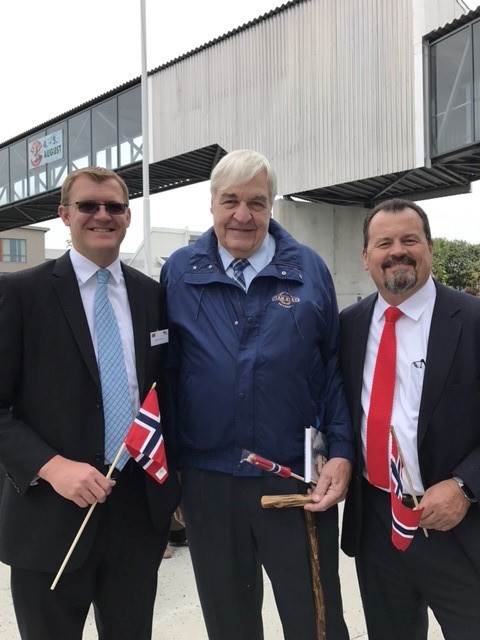 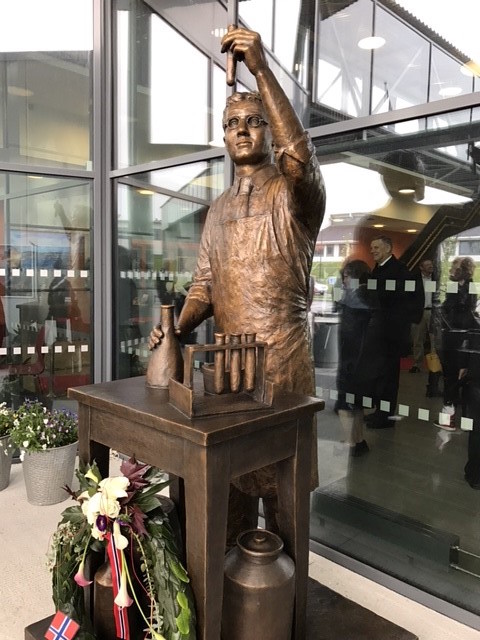