Some of the world’s great innovations have come from people tinkering in garages and tearing things apart. Nike running shoes and their legendary waffle design were made in Bill Bowerman’s garage with an actual waffle iron. Alpinist and rock climber Yvon Chouinard learned blacksmithing so that he could craft better climbing gear and eventually went on to create the Patagonia brand.

The same creative process is playing out in Logan dorm rooms, basements and design labs as Outdoor Product Design and Development students turn ideas into realities. Although the program in the School of Applied Sciences, Technology and Education (ASTE) is so new there are no graduates yet, it has had a remarkable start. National and international interest in the program has only increased since Outside Magazine published a story titled, “Get a Degree in Gear at Utah State University” in its March 2018 issue. 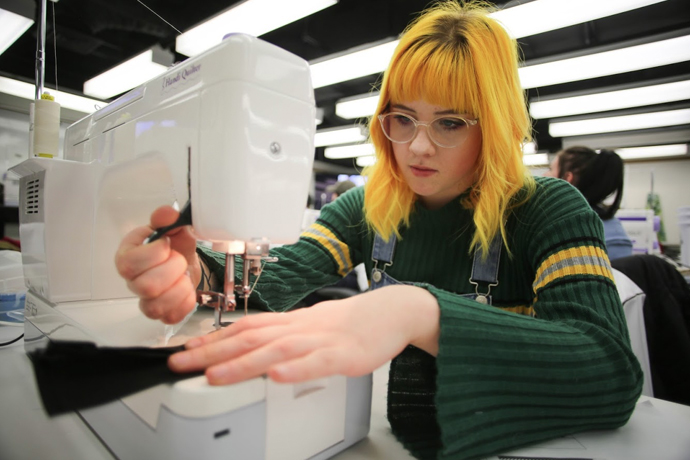 “I pretty much grew up in my parents’ garage and smashing and taking things apart,” said Andrew Deceuster, OPDD hard goods instructor. “I recall one of my biking friends showing off his expensive, lightweight, carbon fiber bicycle cranks. I thought they were great, but too expensive. I was sitting in high school physics class and knew if I drilled a hole here or there it wouldn’t affect the performance but would reduce the weight while being much cheaper than carbon fiber. I’ve always liked the whole idea of designing and redesigning and making new things.”

Deceuster is quick to add that not every great idea he and his friends tried panned out. For instance, the eight-man street bobsled made with skateboard trucks didn’t work out so well, but luckily nobody got hurt.

The drafting and shop classes Deceuster took in high school helped him find his passion for design. “In college I started out as a mechanical engineer, but it was too theoretical. I got into industrial technology and started making things,” he said. “I worked my way through college designing professional archery equipment. My biggest thrill was to see professionals using my creations and giving me feedback.”

Andrea Olsen, an OPDD adjunct instructor, grew up in Cache Valley loving both fashion and snowboarding. That led her to the Art Institute of Portland (Oregon).

“It is a fashion design school so I spent a lot of time learning about couture dress techniques, wedding dresses and children’s clothes, but they also had classes in outerwear and active wear,” Olsen said. “There was no outdoor product degree, but the three main companies that hired from the school were Columbia, Nike and Adidas. I knew I wanted to work at Columbia and got an internship there. Though I got a good education in Portland, I never got to work on ski jackets until after I graduated. In our program you jump right in designing and sewing prototypes.”

“An educational program has two customers: students and industry,” Deceuster said. “You have to get students in the door and train them so that industry wants them. The last thing we want is to train a student and have them not be able to find a job.

This is one of the reasons why we work closely with an advisory board made up of people in the industry. We also bring in guest speakers to constantly keep the students and faculty up to date.”

Olsen adds that theory is important, but actual practice coming up with an idea, sketching it out, researching your customers, and getting critiques from your peers are all skills you actually need to succeed. Concept-to-design teamwork is a huge part of success in the professional outdoor product design and development world.

“Yes, you have to know sewing,” Olsen said. “You may not be sewing as your final role, but as a designer you need to know how things work. It has to be more than lines on paper, things have to be designed to function.”

Riley Hughes, a third-year OPDD student, said before he started the program he didn’t even know how to thread a needle.

“It has taken a long time and some patience, but it can be done, even by me,” Hughes said.

He sewed and constructed a prototype ski jacket that won an award last year as part of a team that took first place in the Grow Utah Concept to Company competition. The Snow-C jacket incorporates a wireless phone charger into a ski jacket with integrated wiring to charge a cell phone.

James Clark is another student getting experience while in school. He’s working for a company that is currently in the basement of a Logan bakery. Infuze Hydration adds metered amounts of flavors or electrolyte mixes, such as Gatorade, into water from hydration packs (like Camelbacks), and it does it on demand, letting users control with each sip whether they want just water, or something more. With a couple of large contracts pending, Infuze could be expanding right out of that basement very soon. Similar to Deceuster, Clark said he started out in engineering but transferred to OPDD because he wanted something more hands-on. 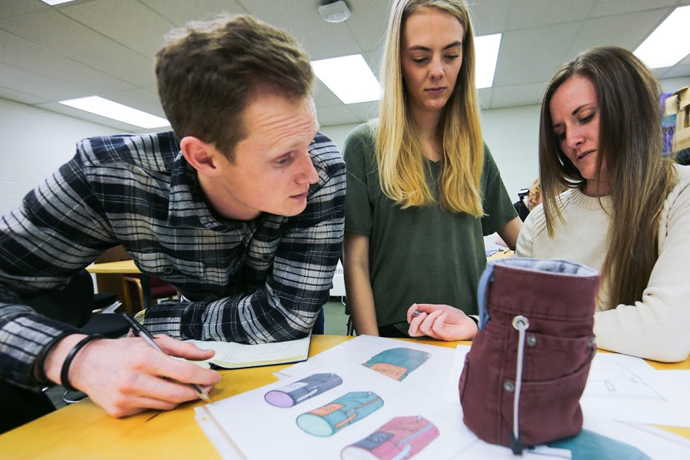 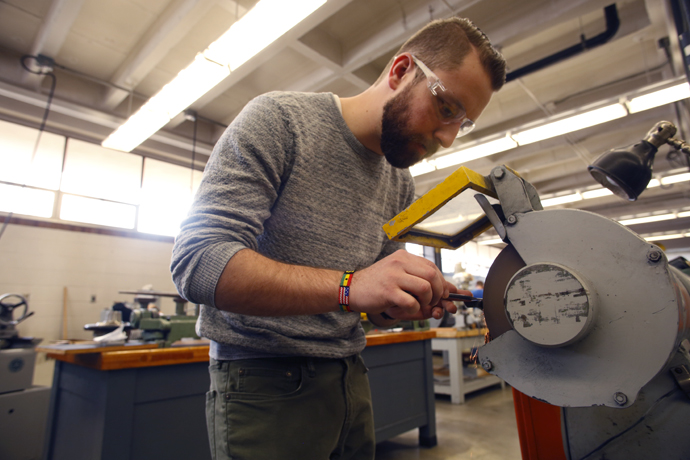 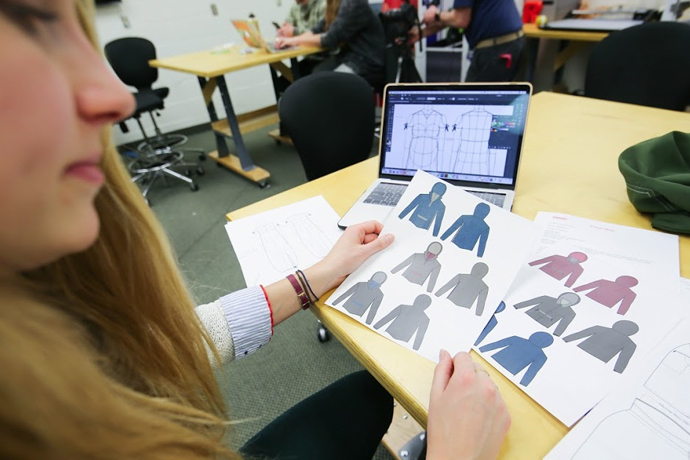 Bruce Miller, head of ASTE, said the program has grown quickly and is still expanding and adding faculty. Students are learning to produce many types of hard goods and soft goods; nearly everything other than off-road vehicles, though designing accessories and specialty parts for those is certainly possible.

The first class of OPDD graduates won’t finish their degrees until 2019, so the program’s advisory board is an important connection with industry, Miller said, and future alumni will also play important roles in shaping the program.

“We have partners such as Altra and Handi Quilter who have made the sewing lab possible,” Miller said. “We also have more than 100 internships lined up for our students. Like many great companies and businesses, we are sort of starting out in a garage and increasing capacity as we go along.”

Among the companies that students have landed internships with are Helly Hansen and Patagonia. Closer to campus, WaltUSA, an international sock manufacturer based in Logan, offered one design intern position. Then after reviewing OPDD students’ portfolios and resumes, they created six intern positions instead.

“The faculty come with a lot of experience,” Olsen said. “We want to stress that we are a design program, not an outdoor recreation degree. We’re creating hard goods that require practice in machining and casting, plastic processes, 3D printing, laser cutting and computer aided design.”

“By understanding how a thing is made, students can design it to be more economical or function better,” Deceuster said. “It doesn’t make sense to design a million-dollar widget that will never make it to market. Nothing gives you more satisfaction than to see someone use the gear you designed.”