The Story Behind the Plaza’s New Letter “A” 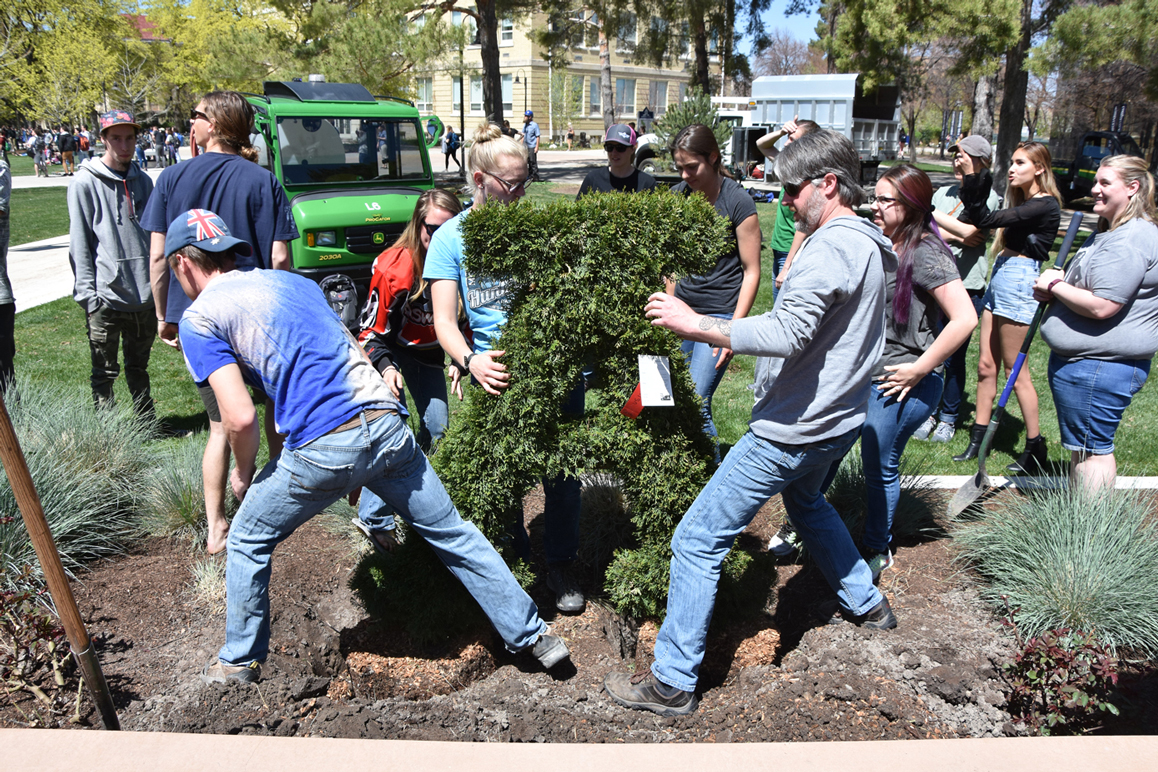 An iconic Aggie “Block A” now stands in the form of a topiary outside the Stan L. Albrecht Agricultural Sciences Building at Utah State University. The arborvitae trained in the shape of an “A” was donated by the Nelson family, and now stands near the memorial wall and London planetrees representing 11 agriculture students and their advisor who were in a van crash in 2005.

Jared Nelson was one of two survivors of the crash, his injuries disabling him to this day. Jared comes from a long line of Nelsons who completed their degrees from the College of Agriculture and Applied Sciences. The Nelson family owns Bountiful Farms Nursery in Woodburn, Oregon, and specializes in topiary plants.

“It is kind of fun to have something from our farm be there on the campus because we’re attached to Utah State in many ways,” said Todd Nelson, who runs Bountiful Farms Nursery.

When Todd’s children attend Utah State, he hopes they will maintain the family’s connection with the people who supported them during their time of need.

Rupp said USU students travel to the Nelson’s nursery on occasion for tours and it’s been a way to maintain connections over the years.

“It’s generous of the Nelsons to donate the plant,” Rupp said. “From my perspective it allows us to show our horticulture students a different way that plants are used in the industry. It required different management techniques than a natural plant would so we thought we would add that to the diversity of the landscape around the building.”

The topiary “A” was planted by students in Rupp’s horticulture course as an Arbor Day project in late April. According to Rupp, the new addition is part of the outdoor classroom around the building.

Jim Huppi, a campus landscape architect, said students and USU landscape operations will work together to maintain the topiary’s shape.

“In front of the memorial there is a pollarded bosk of trees and that’s also a joint venture between the students and landscape operations here at facilities,” Huppi said. “The topiary is to be something similar to that and it’s mainly to display what can be done with plants and some of the things that are being taught here.”

A site on campus for a second topiary gift from the Nelson family–a bull’s head–will be determined soon.