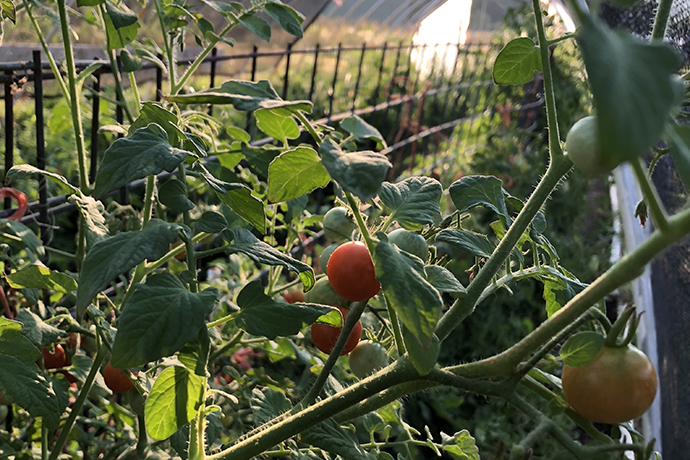 Watching students and crops grow on the Utah State University Student Organic Farm is one of Jennifer Reeve’s favorite jobs at the university. As an organic and sustainable farming associate professor and researcher, Reeve sees students with a variety of farming experiences learn and become leaders by working on the student organic farm.

“We’re trying to give the students the opportunity to be the managers and take on that role,” Reeve said. “We try to shepherd them through that so that they start as volunteers, they become interns, and then they become managers.”

This is case for Lara Gale, a graduate student in landscape architecture and bio regional planning. She had some past farming experience working with chickens, but not growing crops. She started volunteering on the farm to learn and apply that knowledge to her field of study.

“I’m very interested in agriculture as part of the overall system of utilizing resources for a thriving human society,” Gale said. “I think it’s really important to have to work with all the variables to really understand what you’re dealing with in any kind of system where you’re producing things out of the natural environment.” Gale was asked to be the manager, and though she was unsure of her own farming expertise, she took on the new role. “I learned a lot about myself and the limits of my capacity to be comfortable in uncertainty,” Gale said. “Farming is full of uncertainty even if you’ve been doing it your whole life.” Reeve’s experiences with data and research agrees. “Two years ago it rained nearly all of May and this year it was almost 90 degrees in May,” Reeve said. “How do you plan for that variability?”

A late start and hot, dry weather had Gale worried about crops like tomatoes. By the end of the growing season volunteers and interns weren’t able to harvest all the tomatoes because they were so plentiful. Gale and other students at the farm grew a variety of greens including kale and chard. Gale said some of the herbs like dill struggled, but the parsley, basil and cilantro grew wonderfully. The organic farm also grew broccoli, bok choy, shungiku, arugula, egg plants and squashes.

At the beginning of the growing season 37 half shares, enough produce for one to two people per week, were sold to USU faculty according to Gale. By the end of the season, students were filling baskets past the brim because the farm was producing too much food. 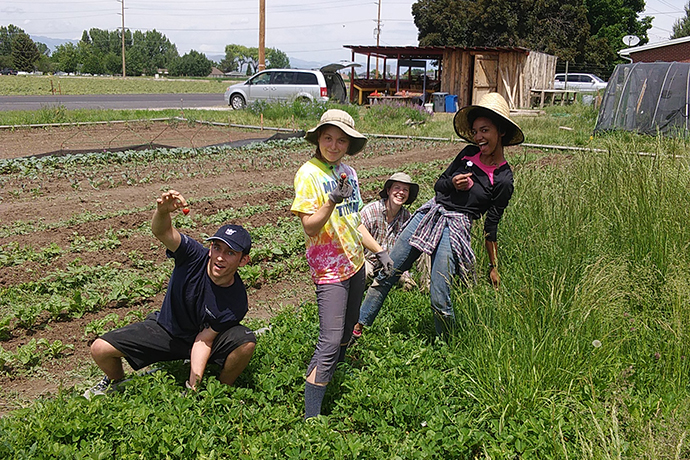 On the final harvest day before we had our annual Harvest Festival we invited the community to come out and take as much as they wanted, and they picked about that much again for the Cache Food Pantry and USU student food banks,” Gale said. “The food bank came in a van to pick everything up and it was incredible. We had to borrow bins from people. We probably donated 500-600 pounds of food that night.”

Gale said she was impressed with how much the farm produced considering the dry weather and students’ limited experience.“They owned the farm,” Gale said. “That team owned the farm and by the time it was finished, they were as comfortable as anybody who has been farming for a long time. That was really cool to see.” After seeing what a small piece of land and hard work from students can do, Gale wants to see a bigger impact on the community.

“Given all those limiting factors, how abundant that farm was, if we could just organize things so that we can maximize the capacity of the land that we have just here in Cache Valley,” Gale said. “I don’t think it would be unreasonable to say that we could abolish food insecurity in our valley.”