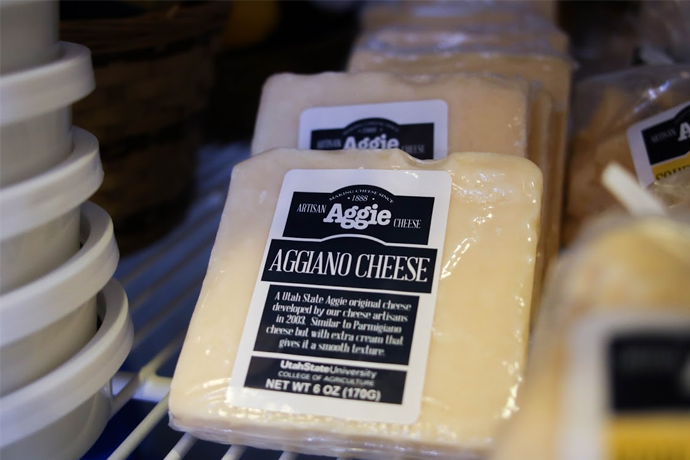 "Those are really our flagship cheeses," said Aggie Creamery Manager David Irish. "They drive everything we do. They are the best ones we have and my personal favorites."

Cheeses are judged on the way they look, taste and feel.  The contest awards the cheeses that reflect the preferences of most Utah consumers. On Aug. 22 and 24, judges conducted the fourth annual Utah Cheese Awards. The contest has steadily grown, and this year it drew 54 entries of cheese and related foods. In the future, Steven Jerman, the director of the competition, hopes it will grow and extend to states surrounding Utah.

"Steve is a food lover and a cheese lover," said Irish. "It's great that he is doing something that promotes those things and showcases the best."

Aggiano is now the most awarded cheese in the state, winning a gold status every year of the contest. The Aggie Creamery produces four natural cheeses and two processed cheeses but can make many kinds of cheese. Aggie Creamery cheeses can be purchased at the creamery or on the online store.

"The Aggie cheeses are great," said Jerman. "Aggiano, I think, is an incredible, under-the-radar cheese. The knowledge at USU and the history there couldn't be greater."