Changing the World, One Potato at a Time 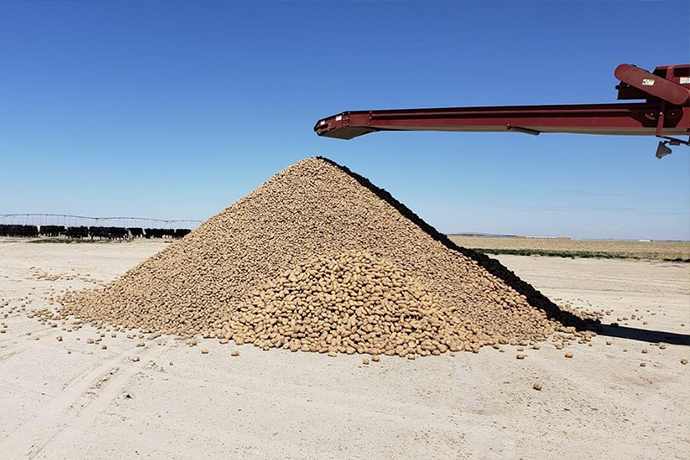 "I was just looking at that pile and thinking there wasn’t really a point in wasting all of those potatoes on cows, so I took a picture and posted it on Facebook and told people to come grab some. I was definitely not anticipating that post going viral"

“FREE POTATOES,” Ryan Cranney wrote on his Facebook page on April 14. “We started dumping potatoes today as we have no home for them because of this COVID-19 disaster. The potato supply chain has definitely been turned upside down. If you would like a few bags come on by.”

The COVID-19 pandemic put a cloud of uncertainty over the entire agriculture industry, and Ryan Cranney and his partners in the 20,000-acre Cranney Farms in Oakley, Idaho, which has been in his family for five generations, felt its dark shadow as restaurants, schools and the other usual ends of the supply chain stopped buying.

“We couldn’t find a place to go with our potatoes,” Ryan said. “Customers couldn’t take them because the demand was so low, so I found a nice clean spot on the ground and dumped about 1.2 million pounds of seed potatoes there.”

Ryan planned to feed the potatoes to some of his beef cattle, but then had a better idea.

“I was just looking at that pile and thinking there wasn’t really a point in wasting all of those potatoes on cows, so I took a picture and posted it on Facebook and told people to come grab some. I was definitely not anticipating that post going viral,” Ryan said with a chuckle.

“I figured it would stay pretty local, and a lot of people were from Northern Utah and Southern Idaho, but we had people from Vegas, Elko, somewhere in Wyoming, up in Moscow and even one lady from Kansas,” Ryan recalled. “We had calls from California and Ohio but I told them it wasn’t really worth the drive.”

As if that publicity wasn’t enough surprise, news stations then got wind of Ryan’s act of service.

“CNN, Fox News, and NPR called and it really took off,” he said. “Then I did LIVE with Kelly and Ryan, it was kind of crazy. I think it gave inspiration to be kind to others and to think of others. The vast majority came and got a pickup load and gave it to those who needed it and that was really special.” 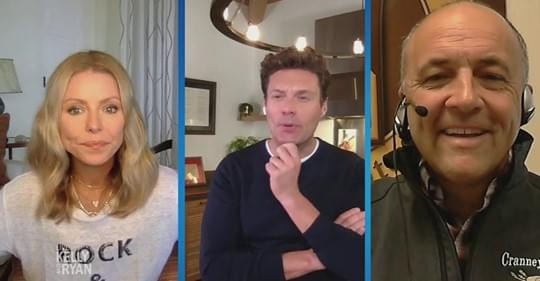 Cranney Farms teamed up with the charity Farms to Foodbanks and sent a truckload of potatoes to the Bronx, New York, where people were struggling in a COVID-19 hot spot in the spring. Ryan also had the opportunity to help a family halfway across the world.

“Many of you from all over the world have asked me if there is anything you can to do help,” Ryan said in a video posted on his Facebook page. “Well my friends, now is your chance to literally help change the lives of three young friends of mine.”

In the media frenzy that followed the story hitting the air, Ryan connected with Susan and her family in Nairobi, Kenya. Susan is raising her three young children in the slums of Nairobi and the pandemic added new struggles to their lives. She commented on the Facebook post that she wished the Cranney’s potatoes were where she lived because food was scarce and difficult to get during quarantine restrictions. Ryan started a conversation with Susan about the pandemic in Kenya and her family. She asked for nothing, but Ryan called on his newfound Facebook following to help Susan chase her dream of putting her children through college.

“I want to see Susan’s dream come true and I am going to make it happen one way or the other,” Ryan continued. “I am calling upon you today to help. Please feel free to share just a little of what God has given you to potentially change the destiny of generations of Susan’s posterity.”

A Utah State University alum, Ryan values higher education and all of the opportunities it can bring. He graduated from USU in 1994 with a bachelor’s degree in political science and a minor in finance. Cranney and his wife Heather are great friends and supporters of the College of Agriculture and Applied Sciences.

“Mike Lyons was one of my professors in the poli sci program and he was great,” Ryan said. “He helped me stay with the program and I really appreciated that.”

One of Ryan’s favorite memories at Utah State was made his freshman year in 1990, when the Aggies played the University of Nevada Las Vegas (UNLV) Rebels in basketball.

“That was the game when someone put the blue dye under the opposing team’s bench,” Ryan said. “UNLV won the National Championship that year and we took them into overtime. It was awesome. You really can’t beat the students at Utah State. My family and I attend a lot of athletic events, and I’ve spoken to a few agriculture classes up on campus and that’s always fun. All four of my kids have attended or are attending Utah State. We’re definitely Aggies.”

Ryan is grateful for his years as a student at Utah State and all the lessons learned.

“USU gave me freedom to explore my entrepreneurial spirit,” Ryan recounted about his time at Utah State. “Academics were always important to me, and Utah State really allowed me to explore and gave me a lot of confidence. I loved, still love, the atmosphere up on campus, it’s just great.”