Hauling Your Food and Building Your Roads 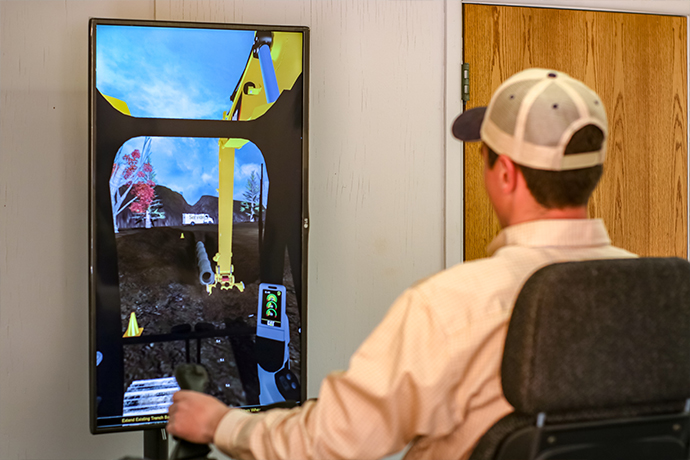 Driving through storms is a common task that long-haul truck drivers grow accustomed to doing, but the perfect storm of a different sort is creating a massive roadblock for the trucking industry. Baby boomers are retiring, more freight needs to be moved, and the long hours that come with the job can push some people away. Companies are now working to find ways to attract more drivers.

According to the American Trucking Associations, companies currently need about 60,000 drivers, a number that could top 100,000 in just a few years. Companies have raised salaries to an average of $60,000 per year plus 401(k), health care and paid time off. Other skilled labor jobs like operating bulldozers, backhoes, and road graders go unfilled due to a similar lack of qualified employees. Operators are in high-demand as cities continue to grow along with a need for roads and bridges to connect them.

Companies often train their own drivers, but students in the Heavy Equipment and Trucking program at Utah State University Eastern are qualified operators right out of the starting gate and are able to rapidly advance their careers.

Students like Justin Christensen from Salem, Utah, are in high demand with companies looking for skilled labor. He didn’t consider becoming a heavy equipment operator until he started working on a sheep ranch after high school where operating tractors and other machinery were part of the job. So, Christensen decided to actually get in the driver’s seat to see where this career path could take him.

“You’re nervous the first few times in the equipment,” Christensen said. “You don’t want to do something wrong, but that’s how you learn. The main thing for me was getting familiar with the controls and then realizing, ‘I can do this.’”

Most of the education that students gain in the program involves hands-on work. Almost every day students like Christensen find themselves behind the steering wheel operating and maintaining heavy equipment. For beginners, state-of-the-art simulators allow students to make mistakes while saving repair and fuel costs. Christensen enjoys using the trackhoe simulator and said he can feel bumps, vibrations, and get a good sense of what it’s like to dig a trench in rocky ground without hitting a pipe.

Students learn more than how to drive semi-trucks and trackhoes though. Christensen said he learned a lot about filling needs in the economy in his entrepreneurship class. While earning a bachelor’s and advanced degrees have their place in today’s world, Christensen said he be happy to invest a year learning to drive both trucks and heavy equipment and developing his potential to earn up to $100,000 after he leaves campus this year to work for an excavation company in Utah County.

Leon McElprang is the director of instruction in the Heavy Equipment and Trucking program at USU Eastern. His father owned heavy equipment so he gained experience in what he calls, ‘The school of hard knocks.’ He said operators from his generation didn’t need certifications and formal training to get a job. But things have changed and companies need to see that potential employees are capable, so USU Eastern prepares students for that reality. McElprang has been known to ask students, “Whose life did you save today?” It’s a question layered with meaning since safety is a prime concern for those training to be drivers and equipment operators, and faculty in the program are well aware that they have a hand in “saving marriages and mortgages” every day.

“I don’t know where in the world you can go to a 14-week training program and walk away qualified to make up to $100,000 a year your first year at work,” McElprang said. “I’m pretty frustrated when I watch the news at night and it talks about the unemployment rate. I’m angry with that because I have companies across the nation calling me every day begging for drivers. People aren’t willing to work.”

McElprang doesn’t blame anyone for those jobs left unfilled, but he has noticed that parents who worked in blue-collar jobs want their kids to land easier kinds of employment.

“It’s hard work,” McElprang said. “We’ve told our kids to do better than what we’ve done. We’ve paid the money, we’re putting them through programs and in the meantime the blue-collar industry is suffering. There is nobody to build the roads, there is nobody to haul the freight.”

Plenty of challenges come with life lived largely on the road. Sitting for hours and hours can take a toll on health, spending many hours and days away from family and friends can strain relationships. Often, just taking a shower requires planning. But McElprang believes people are starting to fill more of those open jobs and take advantage of the perks that come with them.

When it comes to public perceptions of blue-collar jobs, Gary Straquadine, USU Eastern’s associate vice president and vice provost for career and technical education, has seen a pattern in the 30-plus years he has worked for USU. When he began working for the university, liberal arts and general education were all the hype. Now, Straquadine is seeing the pendulum swing back toward technical education.

“We have a lot of people who have history degrees that are now coming back for a welding certificate because they don’t know what to do with a history degree,” Straquadine said. “I know a lot of people with just an associate’s degree that make $75,000 a year in a highly technical area. They get to work with their hands and their mind and they make lots of money in a high-demand field.” 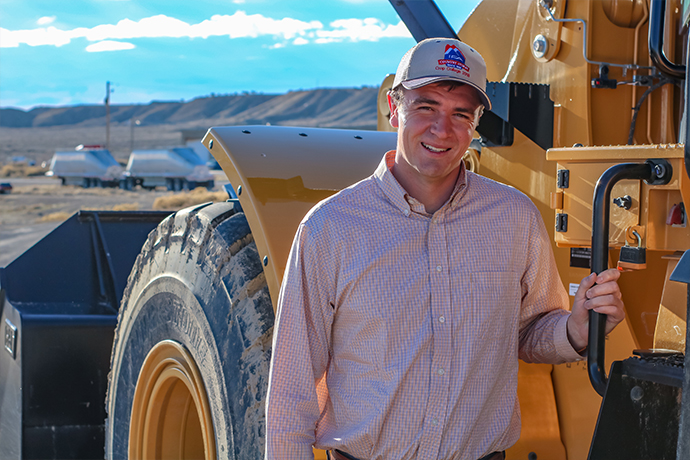 Christensen, McElprang and Straquadine all appreciate the work of doctors, lawyers and politicians, but note it is easy to forget about the people behind the scenes who keep the country running.

“For example, when you’re sick in the hospital you don’t see the doctor for very long,” Straquadine said. “You see the nurse, you see the lab tech, you see the physical therapist and we train all of those people. We try to shake up the ways people think about occupations. We talk about number of years of school, we talk about employment outcomes, needs and expectations, and we talk about high wage, high demand occupations.”

We still need people in all kinds of occupations, but Straquadine said when it comes to driving from the airport to a meeting downtown, for example, it’s the handiwork of people with skills learned in technical education programs that make the trip possible, people like Christensen.

“I do enjoy this,” Christensen said. “Because you have to learn every day. It can be rewarding with a sense of accomplishment when you look at where we started and what we’ve built."