A Farmer’s Wife and Remarkable Life 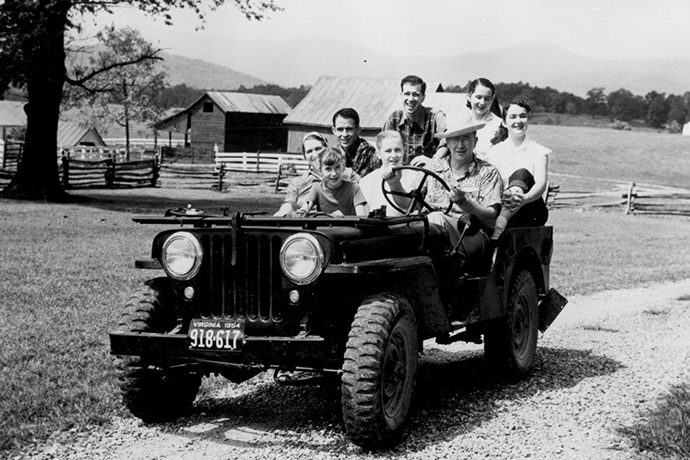 As a dairy scientist, inventor, and 28-year veteran of Utah State University’s Department of Nutrition, Dietetics and Food Sciences’ faculty, Gary Richardson is well aware that successes in science and life are often built on the encouragement and work of others.

As a member of the Society of Sons of Utah Pioneers, Richardson with his wife, USU alumna Fran Richardson, organized a recognition of the work of early Cache Valley settlers who created irrigation systems that made agriculture possible throughout the valley. A sign telling some of that story now stands at Canyon Park at the mouth of Logan Canyon near First Dam.

Local society members urged Richardson next to create a tribute to Ezra Taft Benson, who grew up just north of the Utah/Idaho border in Whitney, Idaho, and whose life and career took him far beyond Cache Valley. Richardson determined that several sites already exist lauding Benson’s government and religious leadership and service. What he found lacking is a tribute to Flora Amussen Benson who was a pivotal presence in her husband’s life and public accomplishments as the U.S. Secretary of Agriculture for both terms of the Eisenhower administration and as president of the Church of Jesus Christ of Latter-day Saints from 1985-1994.

At a time when a young woman’s future was largely shaped by her husband’s career, Flora Amussen might have wished to marry someone with obvious financial and social advantages or grand aspirations. She was, after all, accustomed to wealth and a comfortable life, Richardson said.

Flora’s father, Carl Christian Amussen, apprenticed as a watchmaker and jeweler in his native Denmark and was an acclaimed jeweler in Europe and later in New Zealand. When he immigrated to Utah, he built a jewelry store on Salt Lake City’s main street and continued to prosper. Amussen and his third wife, Barbara Smith, later moved to Logan. Flora was an infant when her father died, and she was devoted to her mother. According to sources written primarily about her husband, including Ezra Taft Benson; A Biography by Sheri Dew, Flora’s wish was to marry a hard-working and spiritual man who was not wealthy so they could “get what we get together,” and, she told her mother and reprised the story later to her children and grandchildren, “I’d like to marry a farmer.”

Flora was a busy and popular student at the Utah Agricultural College. She was an excellent tennis player and president of the Girls Athletic Club. She was involved in theater and student government and was easy to spot around town and on campus because she had her own car, a rarity at the time. The first time Ezra Taft Benson—“T” to his friends and family—saw Flora, she was driving her red convertible on campus.
Their courtship took some detours as Ezra was called to be a missionary for the Church of Jesus Christ of Latter-day Saints and when he returned, Flora announced she too would be leaving to serve a mission. While she taught elementary school as a missionary in Hawaii, he continued work on his bachelor’s degree. Agricultural science was rapidly changing at the time due to greater scientific understanding and mechanization. When Ezra and Flora married in 1926, their wedding trip was driving and camping from Utah to Iowa so he could earn a master’s degree at Iowa State University.

That humble start likely didn’t seem like a step toward a future shaping agriculture policy in the nation’s capital. Even in Washington, Flora remained a woman who lived her values even if they defied cultural norms. Though she was the wife of a cabinet secretary and entertained the wives of other top administrators, she and her daughters did the cooking and serving without hired help. She also, somewhat famously, declined an invitation to an event with dignitaries to attend their daughter’s school choir concert.

The Benson’s son, Reed, noted that when his father was frustrated with politics and discouraged, Flora was quick to reassure and encourage him. She also used her natural leadership and people skills to hone her husband’s speeches and together they left their marks on the world.

Flora realized her aspirations of marrying a farmer who was a spiritual man. Now Richardson is the one with the dream, and he continues to work at securing a fitting tribute to the woman who supported her husband’s efforts to benefit farmers and later their church, far beyond the familiar land and people of Cache Valley. 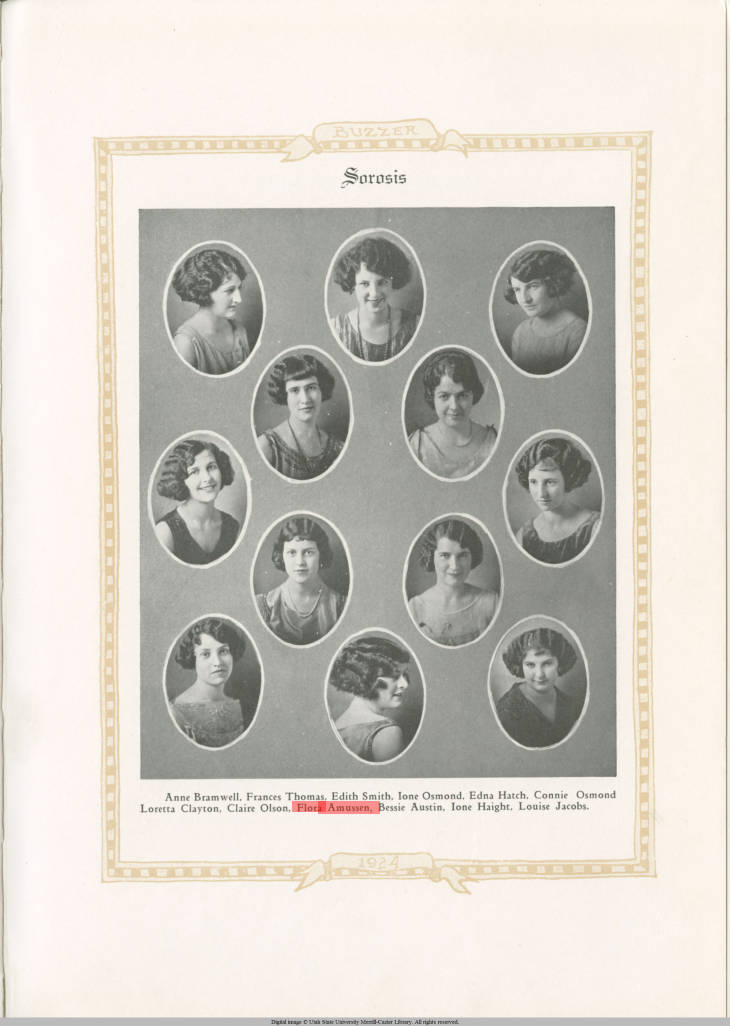 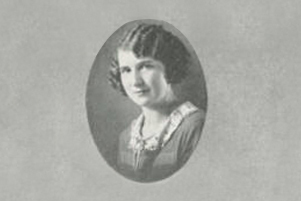 Flora Amussen as she appears in the 1924 edition of the Buzzer, USU's former yearbook.