Don McMahon: A Career at the Aggie Creamery 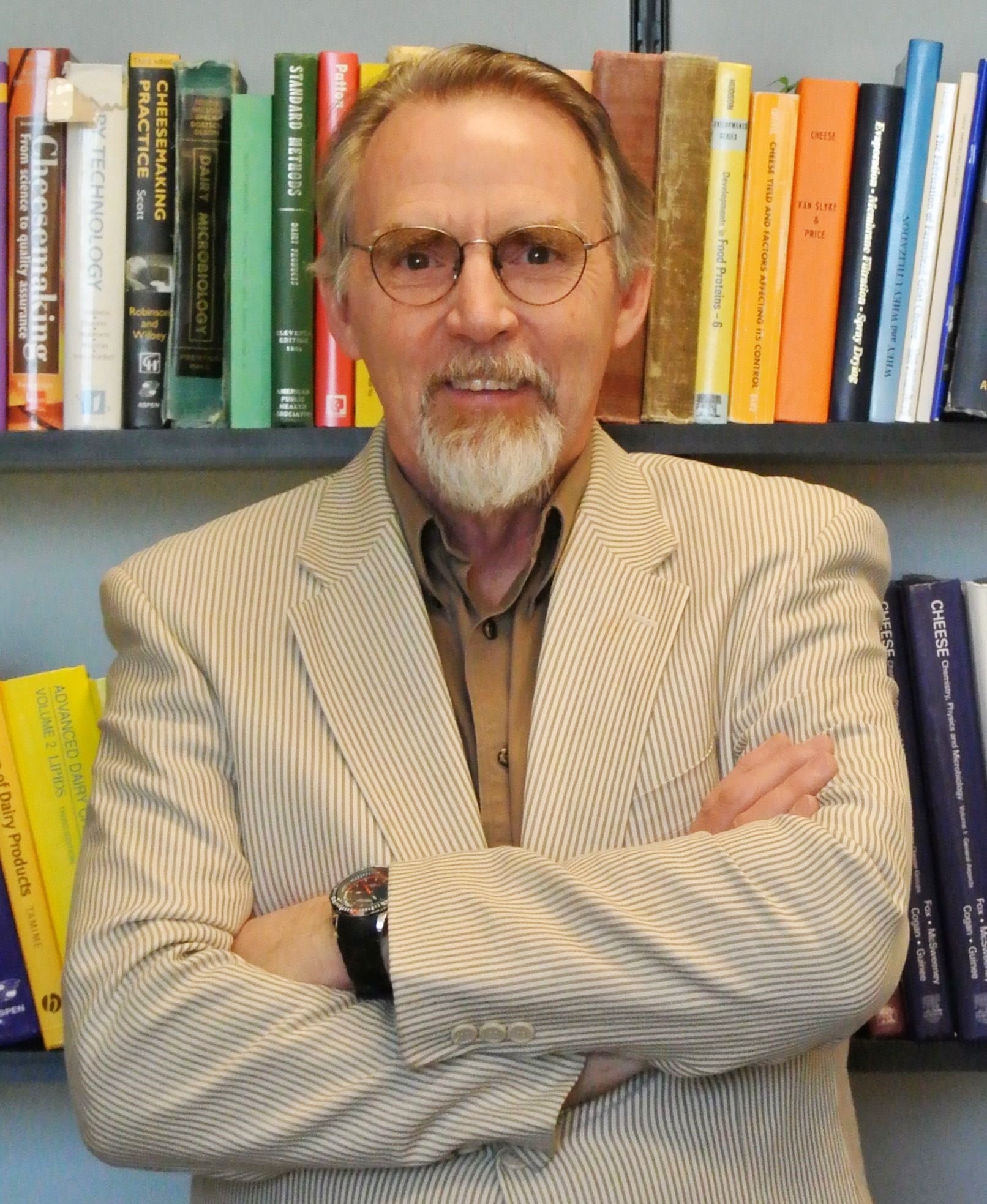 When Don McMahon and his wife sat down to make a list of pros and cons about leaving their home in Australia to move back to the United States, Aggie Ice Cream was the first bullet point on the “Pros” list.

Perhaps it was foreshadowing his future, as Don McMahon would become one of the most influential professors to oversee the Aggie Creamery.

McMahon completed his bachelor’s degree in applied chemistry from the Royal Melbourne Institute of Technology when Tony Ernstrom moved in nearby. Ernstrom, then the head of what is now USU’s Department of Nutrition, Dietetics and Food Sciences, was in Australia on sabbatical. The two became friends, and Ernstrom invited McMahon to complete his graduate studies where the sagebrush grows.

McMahon made his first move to the U.S. in 1979 and earned his Ph.D. in food science. Upon completing his graduate studies, he moved back to Australia and began working for Kraft Foods in cheese research and development. A faculty position opened up at USU, and though he and his wife had just purchased a home, they were excited by the opportunity to return to USU and made the move back to Utah in 1987.

His research focused on a variety of dairy products, including ultra-high temperature pasteurized milk and improving the performance of mozzarella and cheddar cheeses. McMahon later became more involved with the Aggie Creamery when he became director of the Gary H. Richardson Dairy Products Laboratory.

“We’re not just making ice cream,” McMahon said. “Of course, we want to make ice cream, but really it’s integral to our teaching and research in food sciences.”

Using the creamery as a resource for graduate students is something that McMahon doesn’t take for granted.

“Having staff at the creamery who work with this equipment all the time is very helpful,” McMahon said. “It makes it much easier for a student to come in and get the information, help, and milk that’s available to them to do whatever project they are working on. Whereas, if there wasn’t a creamery, it would take far more time to procure milk from the farm, bring it to the lab on campus, and do all of the other work necessary to even begin a project.”

The creamery’s top-selling Aggie Blue Mint was created under McMahon’s direction as he assisted students in developing the ice cream that embodies Aggie pride.

In 2009, McMahon’s research article Supramolecular Structure of the Casein Micelle received the Most Cited Award from the Journal of Dairy Science, an honor that indicates the importance of the research to the industry, gauged by how frequently the article is cited by other scientists.

The article was the culmination of almost 20 years of work and, to date, has been cited more than 270 times by food scientists worldwide.

McMahon also devoted much of his time to the Western Dairy Center, housed at Utah State, serving as the center’s director until his retirement. McMahon was influential in creating the BUILD Dairy program. BUILD stands for building university, industry linkages through learning and discovery, and funds research through the dairy checkoff program, aka DairyWest, with support from companies in the region.

“The thing about BUILD Dairy that I’m proud about is its focus on students,” McMahon said. “It funds student research at Utah State and within the region. Currently, one-to-two million dollars of external funding come into the program every year, which means new food science faculty members have support for their research programs that attract students, develop students’ knowledge and skills, and broaden our graduates’ career opportunities.”

In August of 2021, McMahon finished his 34 years on USU’s faculty and happily retired, but it’s safe to say that his legacy will continue through the students he has taught and in the smiles shared and memories made surrounding Aggie Ice Cream.