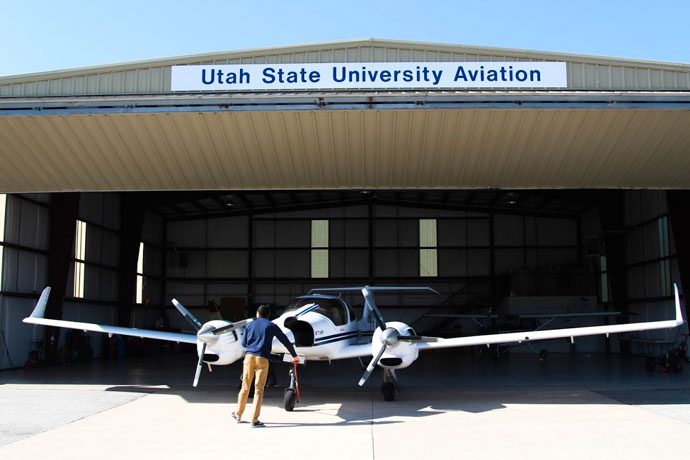 USU Hangar at the Logan-Cache Airport

To celebrate the 80th anniversary of the aviation technology program at Utah State University, the newly formed Cache County Aviation Association is hosting Cache Air Fest ’19, June 28-29. The event will take place under the canopy of a 60-foot parachute at the Utah State University Flight Program hangar at the Logan-Cache Airport.

Tickets for the Hangar Hop are $20 per person with sales providing support to the Cache Valley Aviation Association’s education and outreach efforts and the bi-annual Logan-Cache Airport Open House. Raffle prizes will include a free flight in an aircraft and other items from the community. Period dress is encouraged, including military attire.

Saturday, June 29, from 10 a.m.-4 p.m. there will be planes and helicopters on display, activities for families and drone demonstrations. Local stunt pilot Brad Wursten will show his flying skills with airshow pilot Barry Hancock who will fly a T-6 Texan used for training military pilots.

Read more about the event