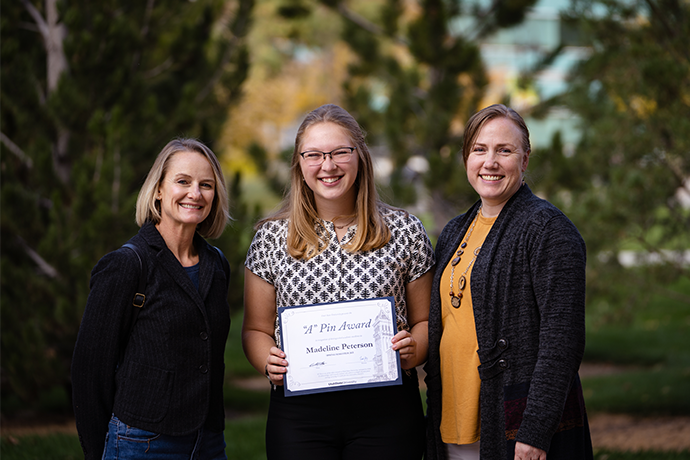 The College of Agriculture and Applied Sciences (CAAS) is pleased to announce that 58 students were recognized at an “A” Pin recognition event in October, a record number in the college for a single award cycle. USU students qualify for “A” Pin honors by maintaining a grade point average of 4.0 for two consecutive semesters while carrying a minimum of 15 credit hours.

“We are elated with the record number of students in CAAS who recipients of the “A” Pin award during the spring and summer semesters of 2021,” said Associate Dean Brian Warnick, who presented at the ceremony. “This award represents a significant commitment to academics and we couldn’t be more pleased with this group of students.”

CAAS Dean Ken White presented each recipient with the pin and a certificate verifying their dedication to academics and each student was invited to tell about their background and their education and career plans. Warnick noted that all of the college’s seven departments are represented among the honorees.