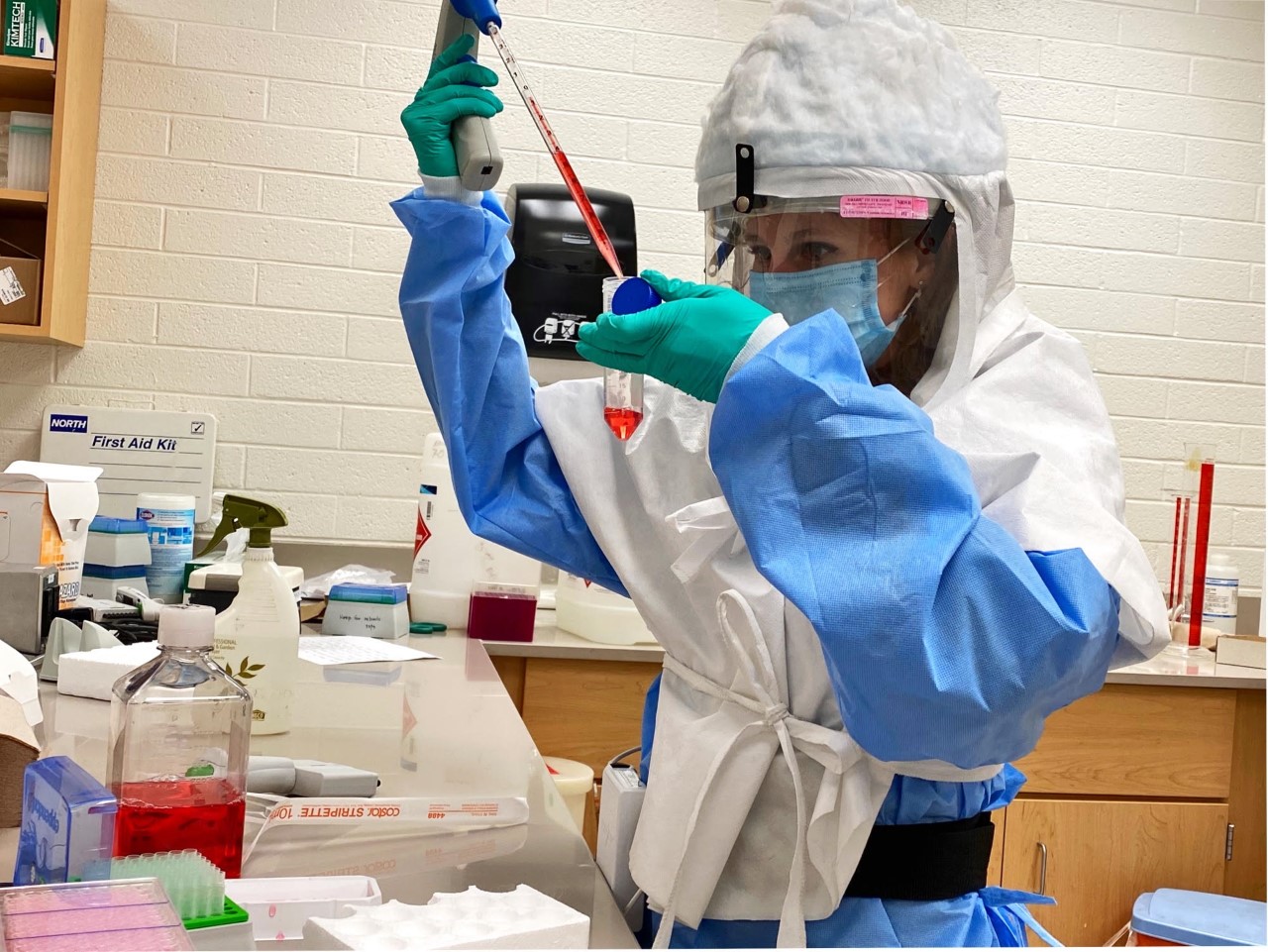 Ashley Scheesley in the lab.

Ashley Scheesley, a Utah State University master of veterinary public health student, is interested in what causes animals to get sick, zoonotic diseases, and how habitat destruction increases the number of infectious diseases. Research fascinates her, especially about how human and animal interaction’s impact global health.

Ashley graduated with her bachelor’s degree in December 2018, and works with Research Associate Professor Bart Tarbet in USU’s Institute for Antiviral Research. As an extension of ongoing National Institutes of Health (NIH)-funded work at the institute, scientists there began working with SARS-CoV-2 shortly after the virus emerged in China. Because of the increasing amount of research being done on the virus in the lab, Ashley decided to start her master’s degree and use the institute’s research as her project.

Ashley likes working with animals and joined the institute’s animal model team. They study mice and hamsters with COVID-19 that are genetically engineered to express the human ACE2 gene. Much of her work involves genotyping the animals to determine the correct virus dose for the models. The goal of the project is to find clinical markers in the animals that are matched in humans so new drugs, treatments, and vaccines can be tested and refined. In order to do this, the hamster and mouse models need to be compared to determine which model is better for analyzing different disease aspects, such as viral load, cytokines, pathology, clinical symptoms, and effects of different antivirals.

Though the project is not yet completed, the team has been able to analyze many compounds of interest from the National Institutes of Health and the World Health Organization against various coronaviruses, including SARS-CoV-2.

Ashley enjoys the veterinary public health program because it is broad and will open a lot of doors for her. She likes the fact that her project bridges a gap between science, laboratory research and public health. In her spare time, Ashley likes to write and is currently working on a couple of young adult fantasy novels. She also loves to read, run, and hike. Ashley and her husband live in Logan, Utah, with their fluffy pet rabbit.