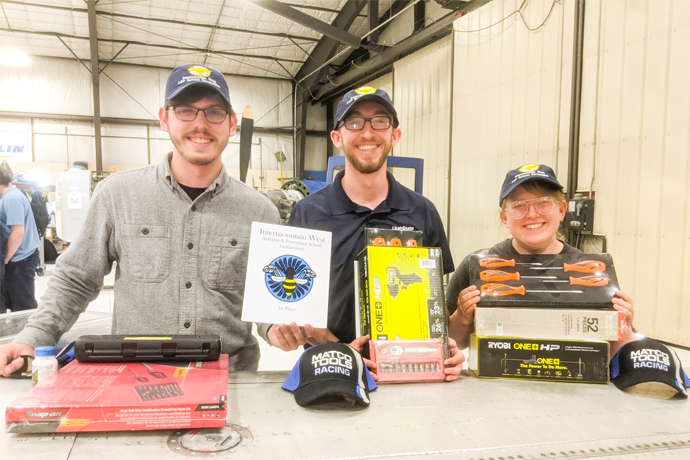 Competing under the team name Aggie Airmen, the winning students were Ryan Ritchie, Emily Wadsworth, and Josh Hurwitz. They competed against 11 other three-student teams, including two others from USU, one from Idaho State University, and eight teams from Salt Lake Community College.

“My team was and is awesome,” Ritchie said. “I got the opportunity to select my team for this competition, and I couldn’t have picked two better individuals or mechanics. Emily and Josh did amazing well individually, and as a team we killed it.”

The regional competition was held in place of the annual Aerospace Maintenance Competition that draws teams from across the country which was canceled this year due to COVID-19. Schools in Utah and Idaho with aviation maintenance programs sought support from local industry partners to host and sponsor the competition.

“The competition was challenging, and as a first-year student it was a little intimidating going into the events, especially with a time limit,” Ritchie said. “But the idea was to have fun and learn, and that took some of the pressure off. It was a great experience and I would definitely do it again.”

The event also provided students with opportunities to network with industry professionals. 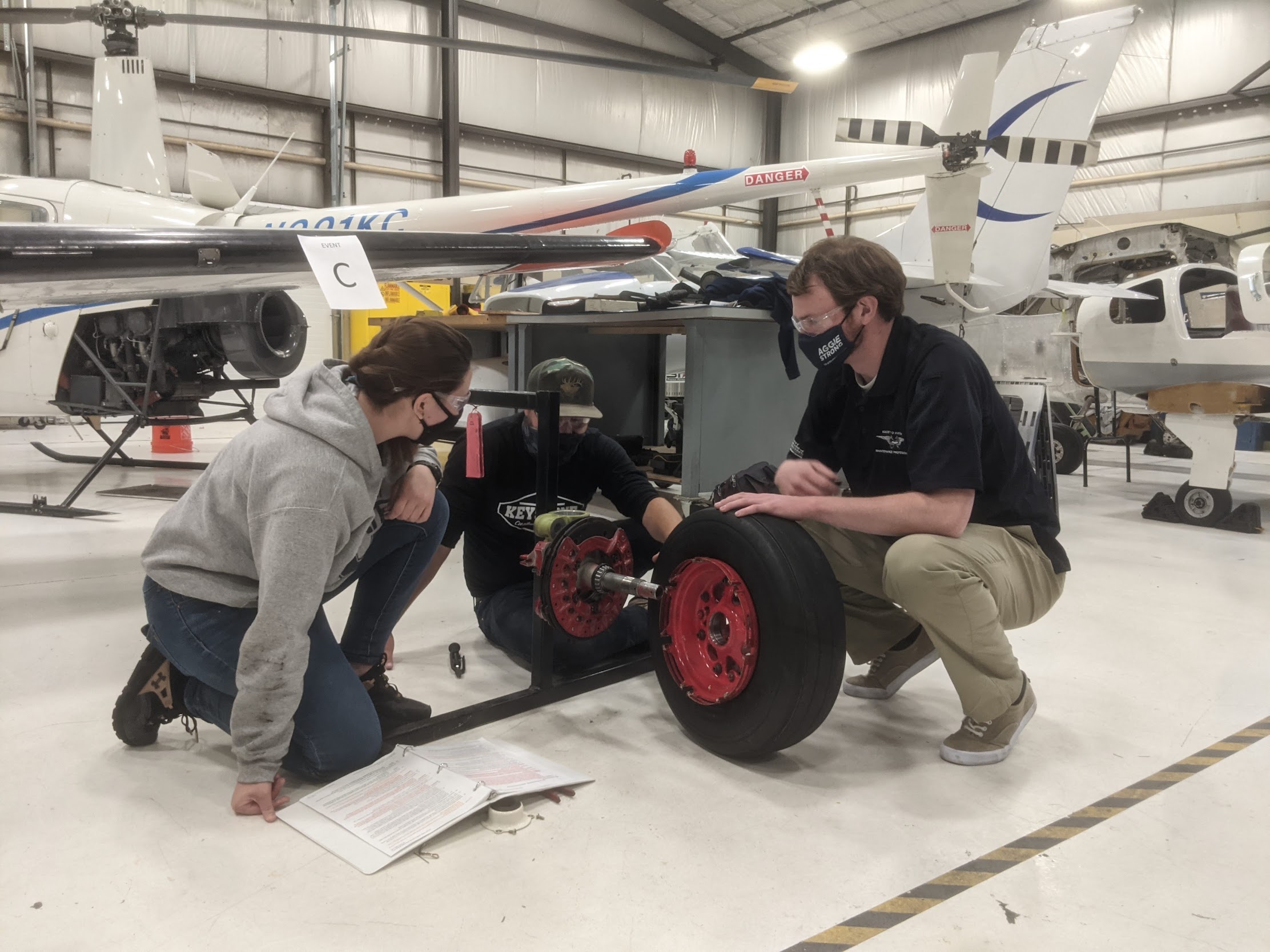 "It was a fun event that included networking, especially with Alpine Air," said Chris Bracken, professional practice assistant professor from USU’s aviation maintenance program. "Quite a few students were able to meet the airline’s owner and their director of maintenance, who is anxious to hire our students."