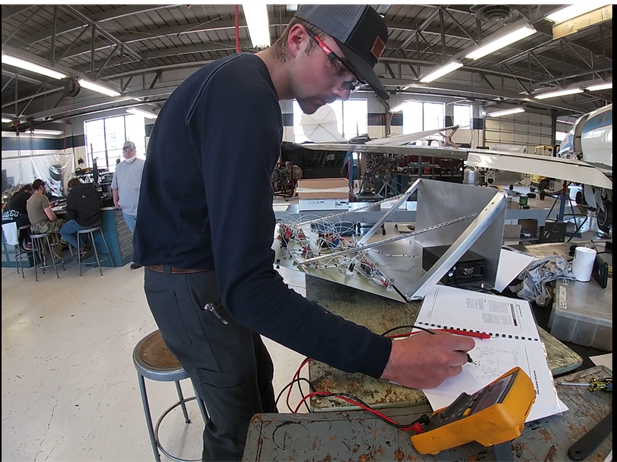 Utah State University aviation maintenance students Braxton Thacker and Treston Cullimore were recently honored for their achievements in the state SkillsUSA competition. Thacker took first place and will participate in the national competition in June, which will be held virtually. Cullimore placed third in the state. Their top finishes make them eligible for scholarships and they were awarded tools to use in their profession

SkillsUSA is a partnership of students, teachers, and industry representatives working together to ensure America has a skilled workforce. It includes competitions in several divisions including welding, architecture and construction, health sciences, transportation and distribution logistics, and manufacturing technologies.

Chris Bracken, a member of the aviation maintenance and flight faculty and advisor to the team said four challenges were created in which students participated virtually on March 31 and April 1.

“An electrical training board was used to simulate an aircraft electrical system and a fault was created to challenge the students to diagnose and find,” Bracken said. “They also had to interpret Boeing Aircraft electrical schematics and answer three written questions. The second event involved removing and replacing an aircraft wheel while following the procedures in the manual. The third event was a sheet metal project that took the students about 45 minutes to complete with bends, holes and riveting sheet metal together following a blueprint.”

Students were also given two written tests of Federal Aviation with Federal Aviation Administration regulations dealing with human factors, safety and general practices in the aviation profession. Competing students showed their work during hours of competition recorded and shared vis GoPro cameras that captured their work. The events were judged by industry partners who work in local aviation businesses.

Gatherings are limited due to COVID-19, so the two students received their awards from Bruce Miller, head of USU’s Department of Aviation and Technical Education and in the familiar surroundings of the aviation maintenance shop. 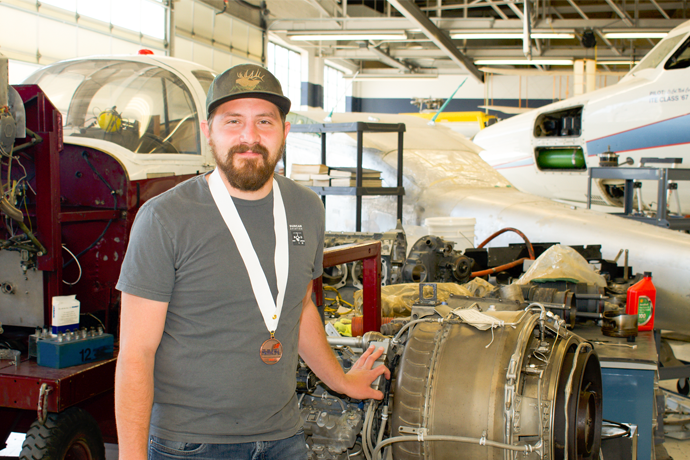