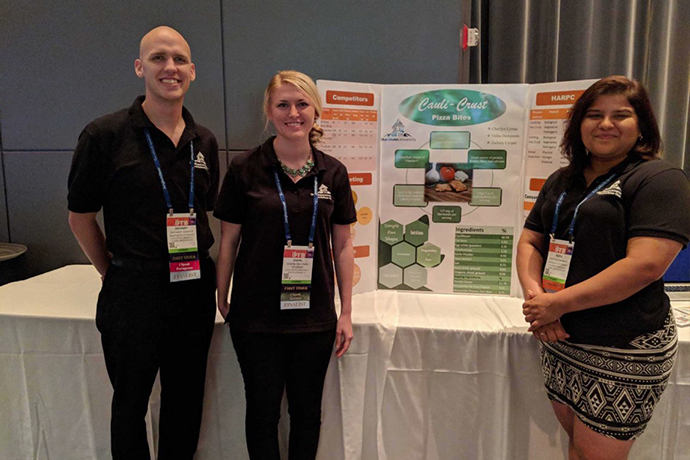 Earning a top spot in a national food science competition takes more than proving yourself as a chef, according to Vidita Deshpande, a PhD candidate studying food science at Utah State University. She said perfecting the chemistry in food is what takes the cake in competitions hosted by professional organizations like the Institute of Food Technologists (IFT).

“A lot of my friends ask me if I’m a chef and if you taste my food it’s not always that great,” Deshpande said.

But, Deshpande can tell you all about the chemical reactions in the food as it is being cooked, or over-cooked in some situations. What started as a class project for Deshpande and team members Cheril Lyman and Zachary Cooper, turned into an entry for a national competition.

“We started it as mini-pizzas, which are like 4-inch pizzas,” Deshpande said. “Once we decided to take it to the competition we decided to alter the composition of it. We had to cut down on the cheese, cut down all the flavorful parts of it and make sure it still tastes great and looks great so that kids can really enjoy it.” 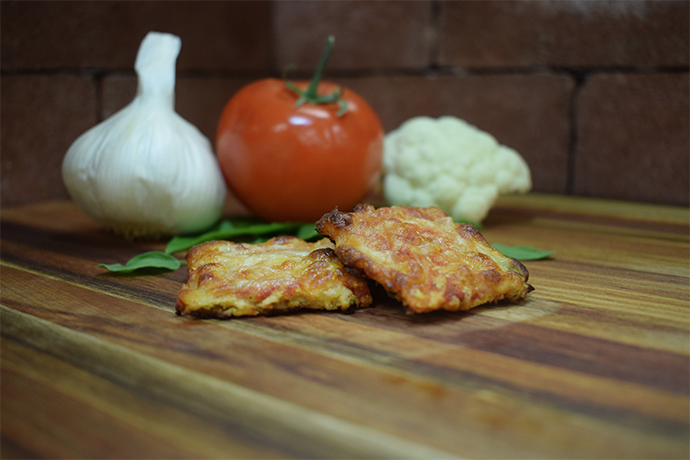 The mini-pizzas became cauliflower crust pizza bites, “…a healthy twist on an original cheese pizza” according to the team’s description of the product for competition. These quick snacks for children and adults are 1.5 inch squares of cauliflower-based ingredients and meet the USDA’s requirements for “smart snacks.” Cauli Crust Pizza Bites are designed to be frozen and simple to cook. They have 60 calories per serving (five squares) with just 10 calories from fat, 6 grams of protein, vitamins A, K, C and B, and minerals such as calcium and magnesium. Before the competition, Deshpande and her team put their creation to the test with senior citizens, adults, students and of course kids, and all gave positive feedback.

The judges for the IFT competition were from the USDA, several food companies, and food science professors. Deshpande said each judge had useful insights from their respective industries.

“When we go to compete as finalists we present our product and a Power Point slide,” Deshpande said. “Then you have a sensory tasting where the judges actually taste the product, give you feedback, and then they have more questions for you.”

After placing second in the competition, among 22 competitors, the USU team has a goal of putting the award-winning pizza bites on the market for consumers.