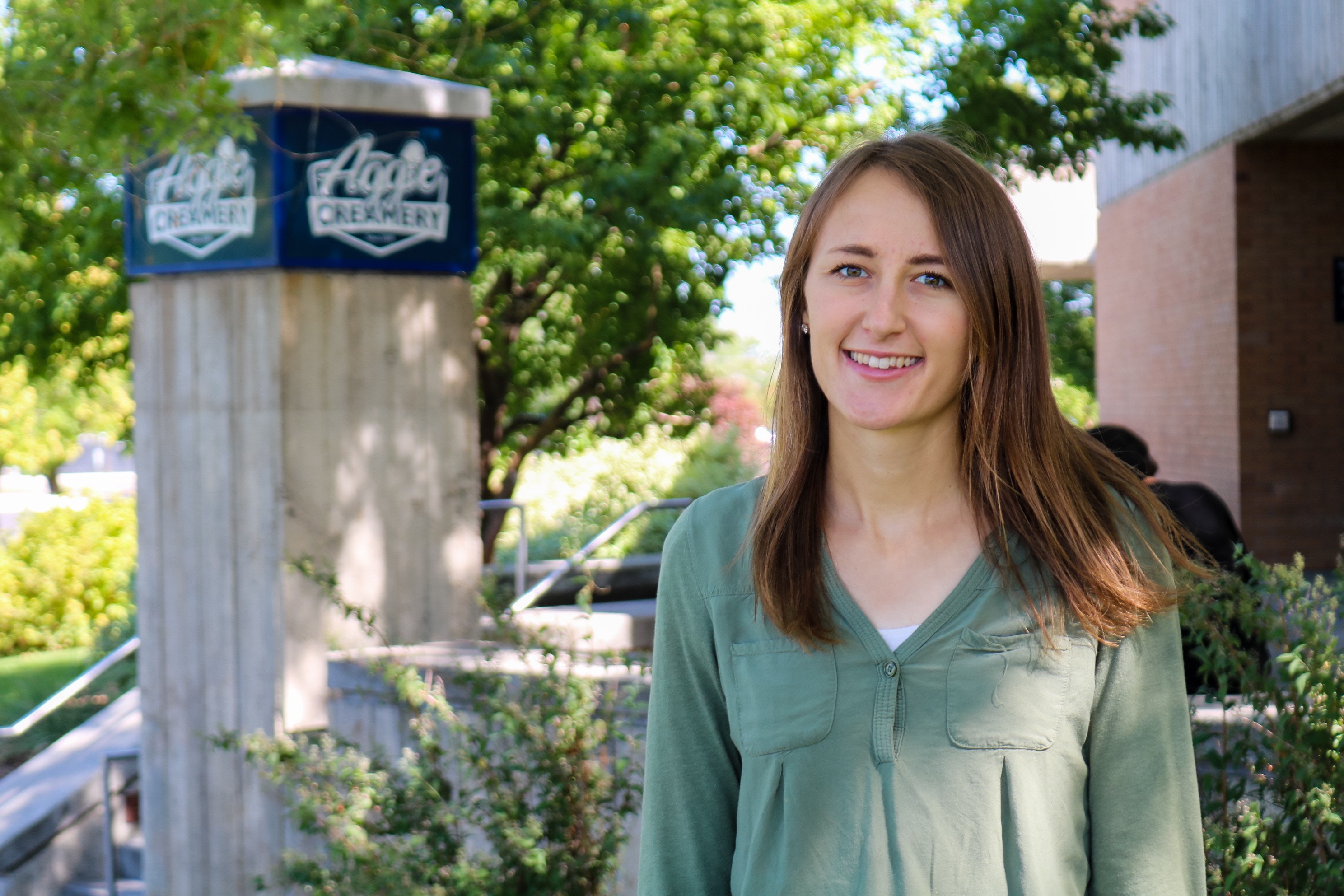 Undergraduate NDFS student Jessica Gough, a member of the research team studying the current state of refugees in the United States.

Examining Nutrition Education Programs for Refugees in the United States

The United States resettles tens of thousands of refugees every year: individuals who are unable to return to their country of origin because of war, persecution, or natural disaster. The challenges these people have faced to get into the country are often replaced by the challenges of adapting to a new environment, new cultures, and perhaps new languages.

As part of adapting to their new homes, refugees often have to change what they eat and how they get their food. A recent research survey conducted by students and faculty in the Department of Nutrition, Dietetics, and Food Sciences at Utah State University examined the refugee nutrition education programs available across the U.S.

“Because of Covid-19, many people are losing their jobs and face shortages of resources,” said Jessica Gough, an undergraduate researcher. “Refugees need help more than ever. With adjusting to a new food environment, many are unfamiliar with the foods, food labels at grocery stores, recipes, cooking equipment, etc. Many of it is all new to them as food systems vary across the globe.”

According to the directors’ responses, hands-on, skill-based learning such as gardening, cooking classes, and grocery store tours were common elements of successful programs, whereas language and cultural issues were among the most prevalent challenges to successful programs.

The researchers concluded that future programs, including those operated by the Extension arm of state universities, should provide culturally sensitive opportunities for skill-based learning.

“Participating in this research is just something small that I can do that may contribute to improving the lives of refugees in the future,” Wengreen said. “Ensuring that they have the resources and knowledge they need to be able to provide healthy food for themselves and their families is critical to their success and health moving forward.”