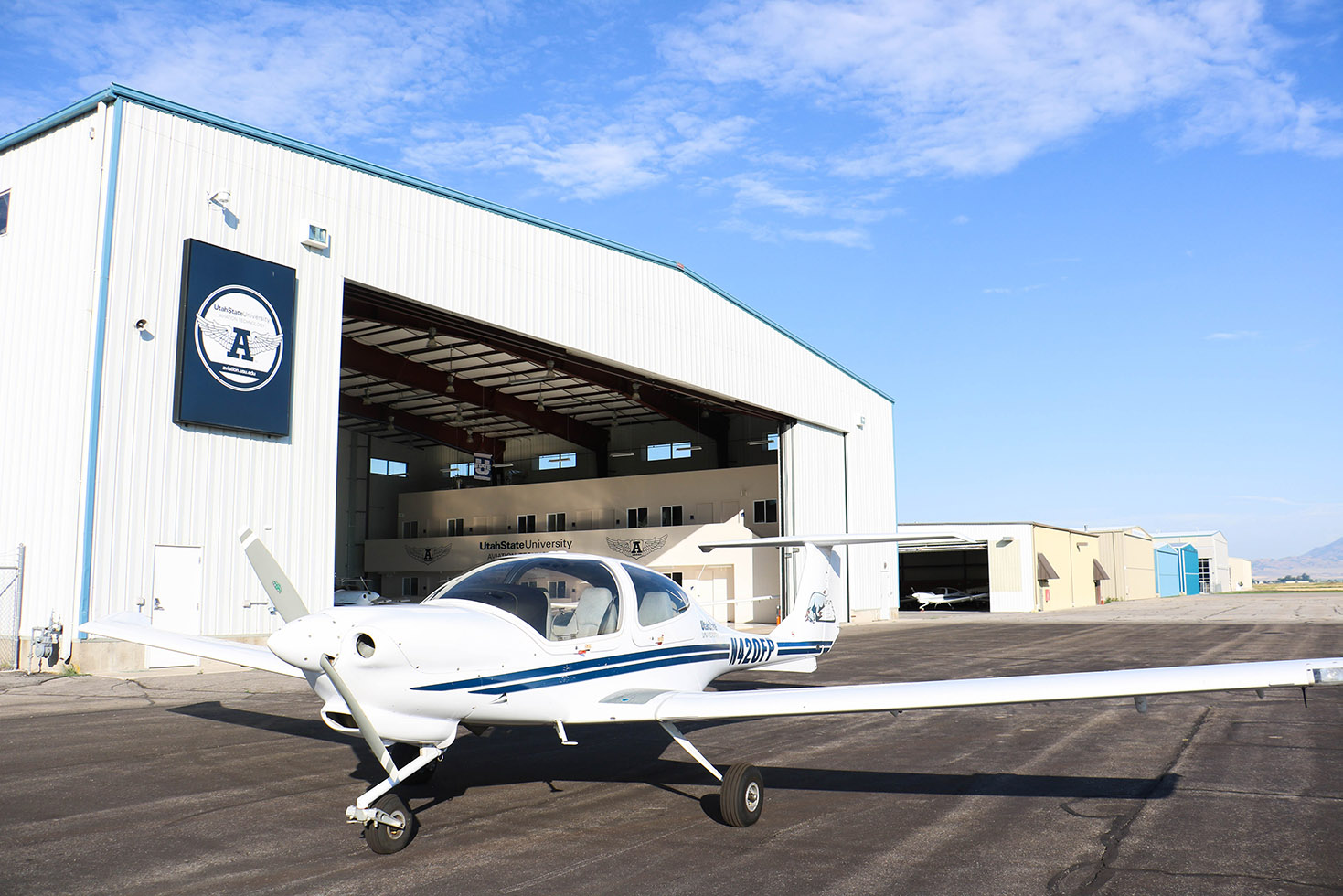 Students can now enroll in Utah State University's fixed-wing aviation program at Price, UT, which will start classes in the fall of 2019. The program, traditionally located in Logan, has expanded due to overwhelming interest the previous year.

“In fall of 2018 we had the biggest freshman class we’ve ever had,” said Kaylee Roholt, the academic advisor for the program. “It was close to 80 students, and we found out really quick that was too many new freshmen. Our planes were full, our instructors were full, and our classes were full. There was a handful of students that just didn’t get into a ground school and so they had to hold over until spring semester to start their flight training.”

The expansion will allow more students to have access to the program in a different location according to Ashley Martinez, the assistant chief flight instructor at the Price campus.

Martinez said, “I think it’s a wonderful idea. We’re pretty much picking up the program here and starting a satellite base at the Price campus of USU Eastern. It’s going to be the same program, the same procedures, and everything like that but in a different location.”

The Price campus is part of USU Eastern, an established branch of Utah State University. Additionally, USU Eastern provides a tuition break — about half the cost — for those looking to save money by attending an alternative campus.

“They have a campus where there’s housing and student services, athletics and a really good campus life,” Roholt said. “Everything at Eastern is more affordable. Housing is more economical. The cost of the flight training will be the same whether it’s in Logan or Price. Other than the flight fee, everything else will be less expensive so that’s the sweetest part of the deal.”

Richard Rose, an enrolled student at the Price campus, said he originally changed from Logan in order to save money.

“I checked out Price just based on how much cheaper it was and I was thinking just one year but when I visited the campus I absolutely loved it there,” Rose said. “It was awesome. I think the idea of the aviation program starting up there is brilliant. I like the location of it and the type of area you’re going to be flying over. I just really love the idea of it being out there.”

The program will lead to an associate’s of science where students will have the option to begin their careers or complete their bachelor’s with an additional two years in Logan.

“There is a benefit for coming up here and becoming a CFI, and of course the benefit of a bachelor’s degree,” Roholt said. “But if [students] choose to, they could go right into the industry [with an associate’s degree]. They can go down for a year or two but really it’s up to the student. Honestly, with the tuition break, I would recommend they stay down at USU Eastern.”

A location at Carbon County airport is currently being renovated for classroom use, and the program will have its own fleet of aircraft for students to use in their training. Ground school and flight classes will be taught in person and other aviation classes will be broadcasted from the Logan campus.

For additional information regarding the program, please contact Kaylee Roholt by phone at 435-797-1795 or by email at kaylee.roholt@usu.edu.