Quantifying the Effects of Lagomorphs (rabbits) on Rangeland Condition: A Grazing Study in the Henry Mountains, Utah 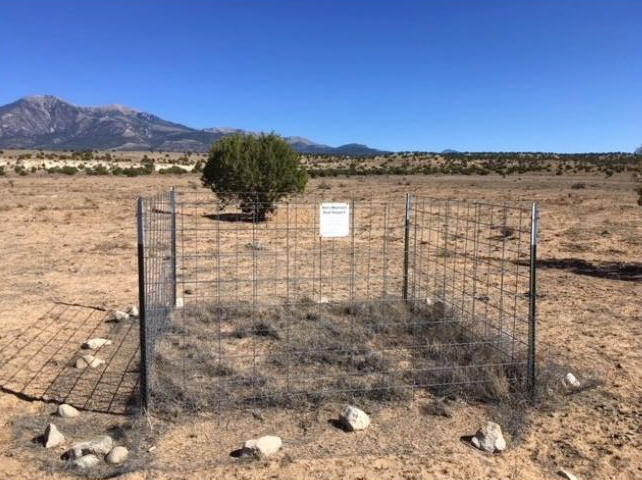 Of all farm income generated in Utah, 34% is from cattle and calves produced as meat animals. Over the past five years, the Utah gross income from beef cattle sales has varied from a high of $807 million in 2014 to a low of $498 million in 2017, despite a stable state-herd inventory of around 800,000 head. That variation in income to producers reflects a combination of national beef-price variation and disappointing sale weights of animals coming off rangelands affected by drought. Increases in the frequency and severity of droughts are forecast for the southwestern U.S., meaning that increased scrutiny is needed on all factors impacting the quality of Utah’s rangelands. One such factor is grazing by lagomorphs (mainly jackrabbits and cottontails), which benefit from coyote control operations and have been found to consume more than a third of annual grass production on public grazing allotments in the Henry Mountains of southern Utah.

To explore this problem and provide a scientific basis for management options, we are collaborating with BLM personnel in a study involving a replicated exclosure experiment. We have 20 sites along the northern foothills of the Henry Mountains with, at each site, three sampling plots (6 m2 each): one that excludes lagomorphs, cattle and bison; one that excludes cattle and bison, and one that includes all grazers. By clipping vegetation at the end of each growing season in each plot, we can separate the effects of lagomorphs from those of cattle and bison. By using camera traps, pellet counts, and spotlight counts along road transects, we are monitoring jackrabbit and cottontail abundance. By collecting and analyzing coyote scats in the study area, combined with data from coyote gunning operations and previous research on coyotes in the same ecosystem, we are building up estimates of present and potential effects of coyotes on lagomorph abundance. Within the next few years we will have a much clearer picture of the impacts of lagomorphs on rangeland resources, and a scientific basis for developing management solutions.