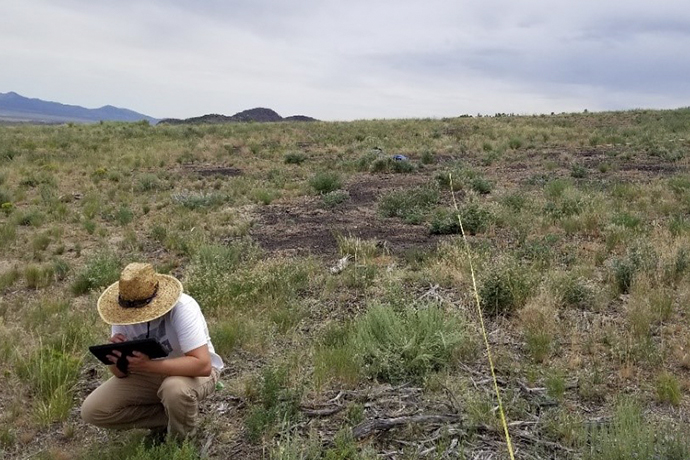 Wildfires on public rangeland have altered the plant communities on which wildlife and grazing animals feed. Annual grasses top the list of invaders that thrive shortly after a fire, including non-native cheatgrass that crowds out native grasses and other plants that were key elements of pre-fire, sagebrush steppe ecosystems.

Cheatgrass outcompetes native, perennial grasses because it gets an earlier start in the spring and has already taken up water and broadcast its seeds. When other grasses would be thriving in the summer, cheatgrass has dried and become fuel for wildfires.

Thacker’s research team has begun examining the establishment of seeded plant species in areas that were treated following fires. They will examine whether various treatments are capable of limiting or reversing the dominance of invasive annual grasses by gathering plant samples and data at on-the-ground sites and using the Rangeland Analysis Platform tool that provides a vast library of satellite images over time of the study areas. The researchers began on-the-ground sampling in summer 2019 and continue their work this summer at sites across the county.