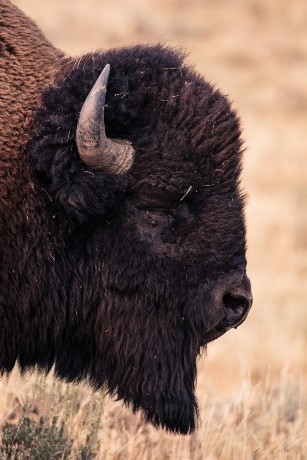 Discovering an equilibrium of economic growth and environmental sustainability is complex. When bison were introduced into one of Utah’s deserts in the 1940s, they migrated to the Henry Mountains in south-central Utah where cattle graze on permits. Utah State University Professor Johan du Toit, a wildland resources researcher, has tackled similar conflicts on multiple continents.

Du Toit grew up on a farm in rural Zimbabwe and was fascinated by nature. He studied and worked in multiple African countries to become an ecologist. He said the knowledge he gained can be applied to ecosystems around the world. He has also learned that the root of a problem is sometimes not obvious.

“The same principles apply whether I’m working on elk in the greater Yellowstone area, bison in the Henry Mountains, African buffalo in the Kruger Park, or giraffe in East Africa,” du Toit said.

The bison in the Henry Mountains are on public land and managed by the Utah Division of Wildlife Resources. The herd of about 400 bison is one of just four genetically pure American plains bison herds in the world. Du Toit said these animals are critical to maintaining and improving herd genetics all over the U.S.

“The ranchers have always been concerned that the bison are eating the grass that they want for their cattle,” du Toit said. “In our study, we asked how much grass are the bison actually removing that the cattle would otherwise have grazed? How are these bison using the rangeland? How are they moving around the area from season to season? Which particular habitats are they preferring?” 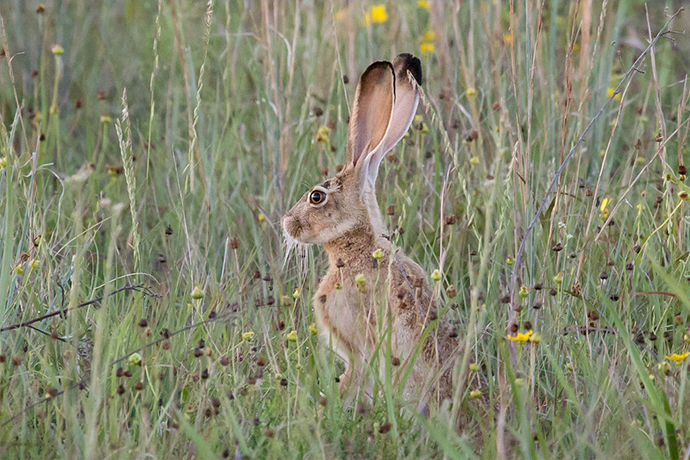 Rabbits are a variable that not many researchers or ranchers had anticipated would be part of the grazing issue. Du Toit said with 10 years of data to work with, he and current USU doctoral student Shantell Garrett can collaborate with the Bureau of Land Management to start a new phase of studying rabbits in the area. Studying rabbit populations also means studying their primary predator, coyotes.

Coyotes are risks to cattle ranchers’ livelihoods when calves become targets instead of elusive jackrabbits or cottontails. The predators could potentially lower rabbit populations which would, in turn, leave more forage for cattle and bison. However, ranchers would have to add coyotes to the long list of risks they face including drought, shifting market prices, and other unplanned costs.

Du Toit said the next few years of research will create tools to help land managers and ranchers navigate the balance of economic growth and environmental sustainability. “We will have an Extension outreach component in the study,” du Toit said. “We hope that all the stakeholders will understand that what we're trying to do is provide the science-based evidence that can be can be helpful in making decisions.”