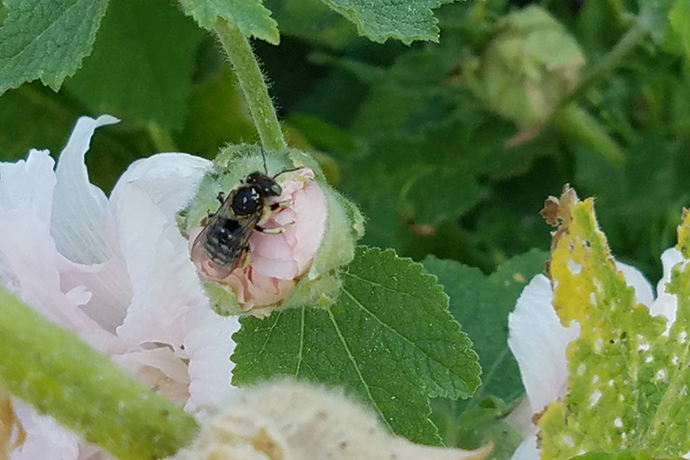 More species of bees live in the Grand Staircase region of Utah than there are total bee species living in the U.S. east of the Mississippi River. This extraordinary diversity makes Utah an ideal place to study bees and other pollinators, but the problem with most study methods is that they are destructive. In other words, you have to kill a bee before you can learn more about it.

Assistant Professors Jacqualine Grant, Rachel Bolus, and Lecturer Sam Wells of Southern Utah University (SUU) are developing several non-destructive techniques to study pollinators to gain a better understanding of their diversity and to increase native plant seed-collecting efforts in Southern Utah. The SUU researchers' work is supported with funds from the Utah Legislature as part of the Utah State University Public Lands Initiative. The project is just one example of collaborations between USU’s Utah Agricultural Experiment Station and SUU that have focused on some of the state's unique agricultural and natural resource issues.

“Bees are in trouble right now," Grant said. "They are exposed to pesticides, they are exposed to diseases, and if we can develop some techniques that won’t kill the bees in the process of studying them and we are able to learn what species are present, it will be more helpful for their populations.”

One method being studied is acoustic recording, which involves taking microphones out into a field and recording the sounds bees make as they fly. These recording sessions are done for half an hour at a time during the peak flying time of the day, which depends on the species being observed.

“Bees make different sounds make when they fly, and depending on the size of the bee, the sound is slightly different,” Grant explained. “We know this can be used on bigger bees, but we are piloting this technique to see exactly which kinds of bees it will work for.” 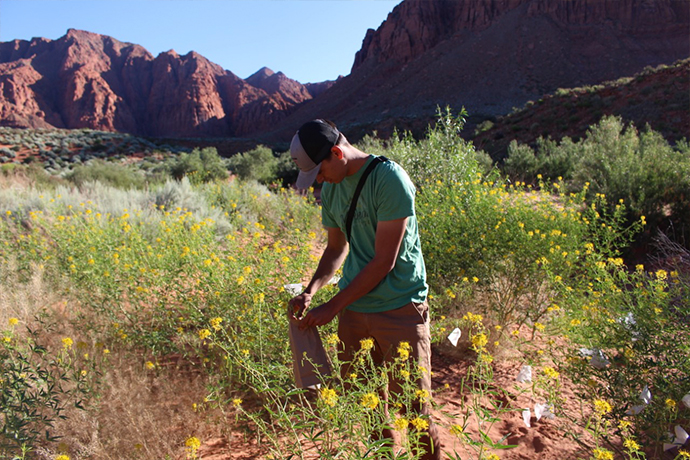 The other method is genetic detection. When a bee visits a flower, it marks the plant with the tips of its feet or uses its tongue to get at the nectar. If a bee has visited that flower vigorously enough, those tiny movements leave enough DNA on the flower that it can be detected and studied.

Grant hopes to take the information gathered from surveying bees and create a catalog of bees that live in the area to help scientists and land mangers better understand the relationships between pollinators and specific plants. The work will help identify populations of plants that could be the focus of restoration efforts and enhancing wildlife habitat.

Grant explained that the researchers are beginning to branch out and will help create a bigger and clearer picture of what pollinators in the area need. Their efforts will help ensure that habitat management and restoration efforts include plants that are important to pollinators in the area. The team partners with the Bureau of Land Management’s Seeds of Success program.

Collecting seeds by hand in the wild is extraordinarily costly. But teaming up with seed extractories and farmers in the region, the process is made more cost-effective and increases the amount of seed available for restoration work.

“Growing wildflowers is a small but growing segment of the economy throughout the Intermountain West,” Grant said. “Instead of growing only alfalfa, farmers can grow several acres of wildflowers and get millions or billions of valuable seeds compared to the millions that my crew can gather.”

Since the beginning of their work in August of 2019, Grant and her fellow researchers have collected more than 600 samples to identify bees and an estimated two million native plant seeds.