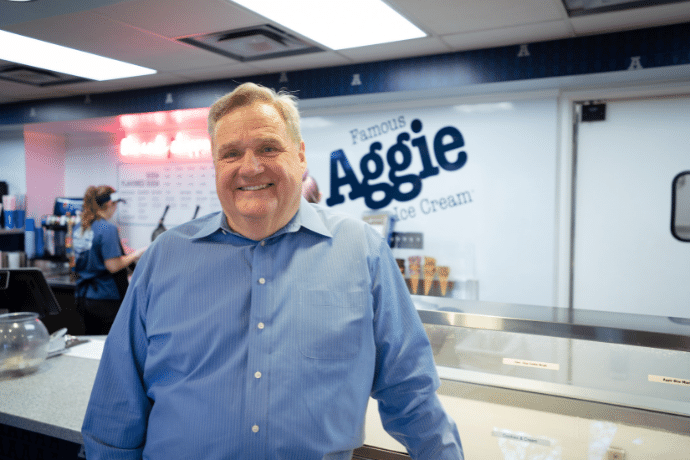 (Logan, UT) - The C. Anthon Ernstrom Nutrition and Food Sciences Building is a familiar place for Aggie Ice Cream enthusiasts, and the current home of the Aggie Creamery and ice cream parlor. The building’s namesake, Professor C. Anthon Enstrom, earned his bachelor’s and master’s degrees at what was then the Utah Agricultural College before earning a doctorate at the University of Wisconsin – Madison in 1956. Professor Ernstrom returned to his alma mater as a faculty member in 1965 when his son, Reed, was 13 years old. 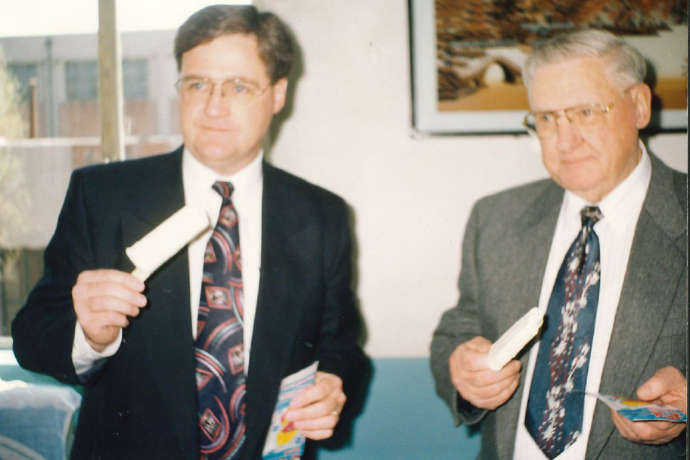 Reed recalls, “Back then the production facility was in the basement of the animal science building on the Quad. The food science department was in its infancy on the second floor, only occupying two or three rooms.”

One of Reed’s favorite memories is a time when the Ernstrom family was out to dinner. After tasting the ice cream offered at the restaurant, Professor Ernstrom asked if he could buy the rest of the ice cream they had in stock. Surprised, the waitress asked, “Is it that good?” To which Professor Ernstrom responded, “I’ve never seen an ice cream with so many defects and I want to be able to show it to my students.”

“My father was very passionate about what he did,” said Reed. “He loved his students, deeply cared about their education, and was very proud of those that went on and became successful in the industry.”

Professor Ernstrom prioritized his students, even off-campus. Holidays for the Ernstrom family felt like international affairs as many students who were far from their own homes were invited into the Ernstrom’s.

In high school, Reed and his friend, Craig “Charlie” Earl, would serve themselves a bowl with six to seven scoops of ice cream and sit in his father’s home office while he tried to teach them math and chemistry.

“My mother would come in and laugh at our enormous portions of ice cream,” said Reed. “She would purchase Aggie Ice Cream in 3-gallon tubs to accommodate our tutoring. Craig and I still get together on a regular basis and enjoy bowls of ice cream.” 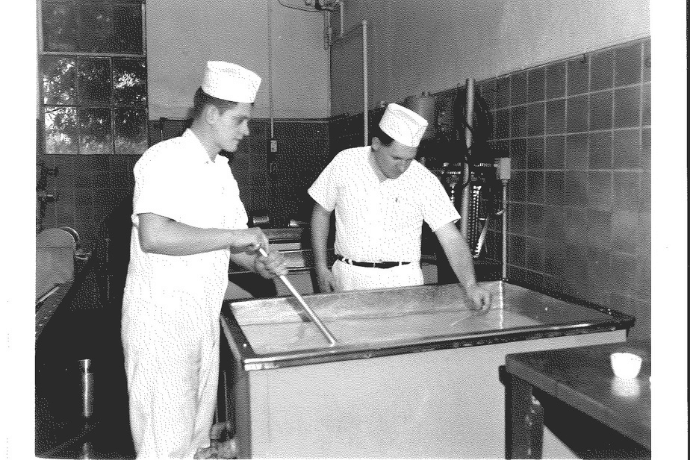 Pictured above: Professor Ernstrom (right) tests a product a student (left) is stirring.

“In the early days, the popular flavors were always vanilla, chocolate, then strawberry, followed by mix-ins and swirls,” said Reed. “Today the names and choices seem limitless.”

Reed’s first full-time job after graduating from USU was with Safeway Stores Ice Cream production facility. During the summer, he worked at an ice cream mix facility in Oregon.

Although Professor Ernstrom influenced Reed’s education decision, the passion of his other professors also made a difference in his education and future career.

“My professors really loved what they taught, and that’s contagious,” said Reed. “For example, Dr. Gary Richardson was so passionate about dairy microbiology, and that kind of directed my career into bacterial cultures for the dairy industry.” 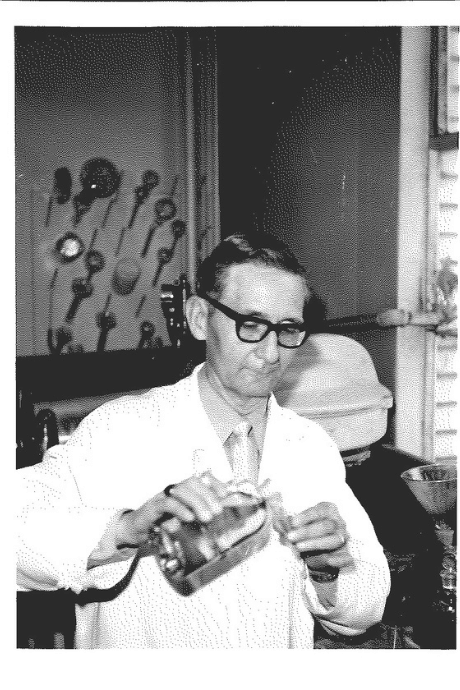 Pictured above: Dr. Paul Larsen, one of Reed's professors.

Using the knowledge and skills he learned from Richardson and other professors, Reed, along with several other food science students, started a microbiology company named Biolac. The business created pH-controlled starter media for cheesemaking as well as defined single strain bacteria cultures, using results from Richardson’s sabbatical research.

Although Reed sold the business in 1985 to Miles Lab, creator of Alka-Seltzer, two of Professors Ernstrom and Richardson’s graduate students, Gary Burningham and Randall Thunell, continue to work for the company today.

“I’m excited that Aggie Ice Cream is turning 100 years old,” said Reed. “It began production in 1922, the same year my father was born.”

Aggie Ice Cream and the Nutrition, Dietetics and Food Sciences program would not be what they are today without Professor Ernstrom’s efforts. One of his former students, N. R. Gandhi, and his wife Josephine, sponsored the construction of the food sciences building in the 1990s. Gandhi requested that the building be named after his mentor, Professor Ernstrom, instead of himself. 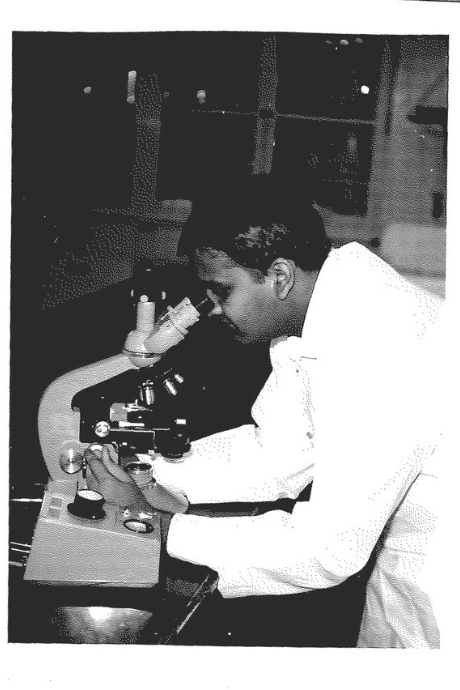 Pictured above: N.R. Gandhi observing samples through a microscope.

“My father was humbled by the recognition, but I’m certain he took more pride in seeing his students succeed in their own careers,” said Reed.

After Professor Ernstrom passed away in 1998, the Ernstrom family began a scholarship program in his name, which has grown with contributions from his students and colleagues. Reed shared that the endowment of this scholarship each year allows the family to stay in contact with the College of Agriculture and Applied Sciences and to connect with the student who receives the scholarship. 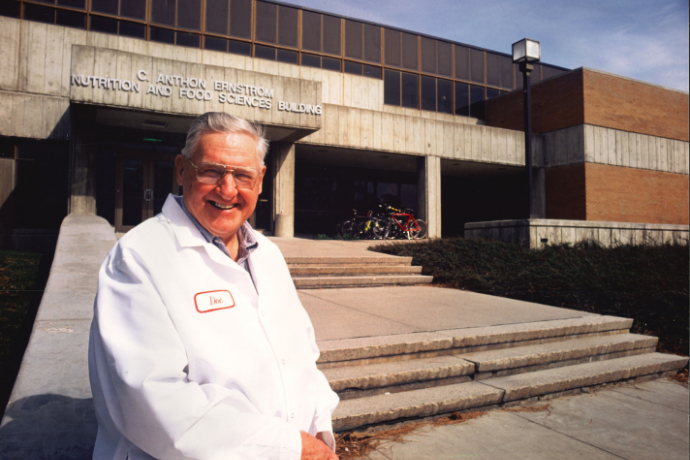 Pictured Above: Professor Ernstrom poses outside his namesake building.

“I get nostalgic when I think about USU, especially fall semester with the changing campus leaves, new students, Aggie football, and Aggie Ice Cream,” said Reed. “Our family will always be grateful to USU, the College of Agriculture and Applied Sciences, and those who are carrying on the great Aggie tradition. We feed the world, and with Aggie Ice Cream, we do it with a smile.” 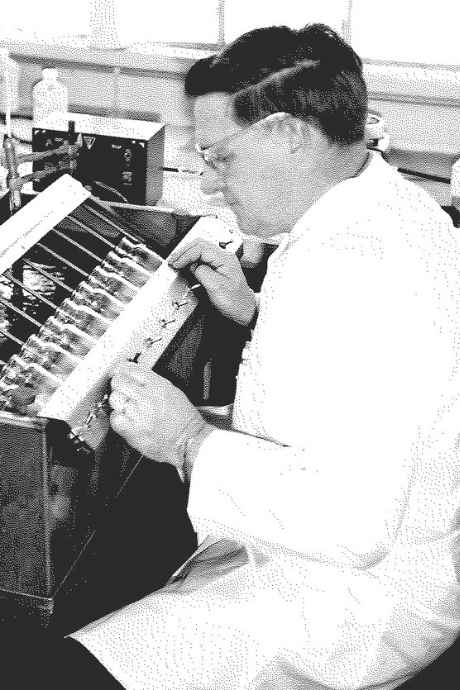